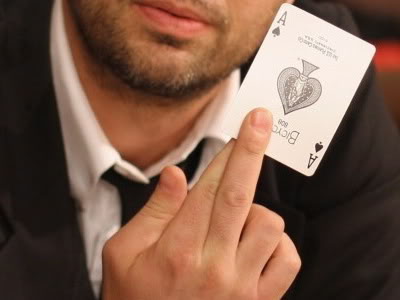 It’s no mystery why filmmakers are drawn to stories about heists and con artists. The grifters that populate these stories employ a similar artistry to directors and screenwriters and everyone else who collaborates on cinematic offerings, building fictions compelling enough to leave someone in thrall, lost in twists and turns, and even strangely satisfied, or at least admiring, that they’ve been fooled. Rian Johnson’s The Brothers Bloom makes that connection even more explicit as the shifty siblings of the title are not invested in their plots just for the bankbook boosting or the thrill of criminality. It is the artistry of it, the opportunity to practice their illicit gamesmanship with an eye towards story construction and character development. One character observes that the cons are built like Russian novels, with allusions and motifs and little hints as to their artificiality all around the borders. It crackles with the energy of pure invention, and the same sort of inspired reinvention that marked his debut feature, Brick. Johnson makes no effort to conceal or otherwise downplay the inherent phoniness of the film, the heavy stylization, or the broadly colorful nature of the characters. Instead, he turns those qualities into strengths, playing around with a perfectly calibrated level of self-awareness that invites the audience along for the ride instead of imposing cleverness. One of Johnson’s most remarkable tools is his ability to draw inspired work from his entire cast, led by the appealing rumpled raffishness of Mark Ruffalo, the sweetly forlorn longing of Adrien Brody, the endearing maladjusted expertise of Rachel Weisz, and, perhaps most surprising and satisfying of all, the deftly cunning offbeat charm of Rinko Kikuchi. All the machinations on screen are impressive enough. The clearly apparent joy taken by the creators of those machinations–the fictional creators within the film and those standing behind the cameras–takes The Brothers Bloom into an entirely different realm.