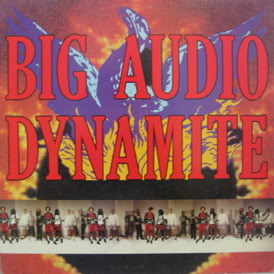 Mick Jones almost died. Some time after the release of his band Big Audio Dynamite’s third album, Tighten Up, Vol. 88 (its title a play on the old Trojan Records series), Jones picked up chicken pox from his young daughter. The illness hit so him so hard that he eventually developed pneumonia and wound in the hospital for several months. Recovery was a process that took months longer, with Jones needing extensive therapy to get his vocal chords back in proper working order to do his job. Terrible as it may have been, the former Clash guitar-slinger contends it helped give him focus to conjure up new musical directions for Big Audio Dynamite, specifically delving into the acid house sound that was a sensation in the U.K. at the time. The resulting record was Megatop Phoenix, its title referring to both Jones’s near-demise as well as the sonic rebirth of the band. It’s a dense, layered, sample-laden album, which meant a cohesive listening experience when going from start to finish, but a nightmare for any DJ trying to cue up a single track on the vinyl record version, a challenge even cited in the CMJ review of the release. Thankfully, the first single from the album was also the lead track on the second side on the album, offering at least a little bit of kind relief to college radio DJs nationwide. 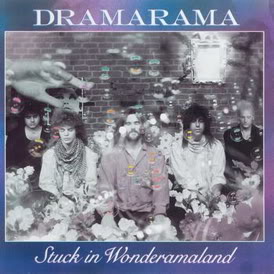 I mean it as a compliment when I note that Dramarama sounds like a band that started in a basement in a record store. The band plays as if their influences are literally looming over their heads, pushing their music and their songcraft with brash intensity, trying to make sure their rock’n’roll clamor is worthy of the company of their own jukebox heroes. The music is loud and forceful, amps turned up to take advantage of the buffer of earth forestalling any neighborhood complaints about power chords rattling the windows. They may look serene on the cover of their third album and first for Chameleon Records, the charging Stuck in Wonderamaland, but the songs tell a different story. It’s not that they’re spinning in anguish. In fact, the topics covered by the songs are more likely to celebrate the mundane: the comforting pleasure of television shows from the nineteen-seventies or the final smoke of the night when trudging through a busy life. The urgency is in the music, all crunchy guitars and headlong rhythms played as if some sinister offstage figure is bound to pull the plug at any minute. It’s like they’re playing to try and fill up not just a stadium, but the whole dang world. And they want to be sure they’re heard no matter what, even if they wind up back in that basement.