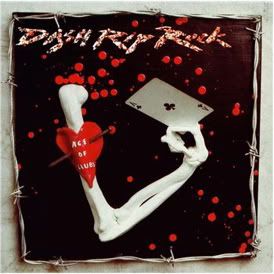 For a blazing, guitar-driven outfit from Baton Rouge, Louisiana, Dash Rip Rock seems a pretty fitting name. A quick listen to any of the scorchers on their sophomore album Ace of Clubs makes it seem like the band’s name might derive from the set of instructions they give themselves before manning their instruments. That may be part of the point, but the group is more specifically named after the hunky actor who spent some quality time with curvy Elly May Clampett in an episode of TV’s The Beverly Hillbillies. The real secret to the band’s success may be in the album’s title. The skeletal hand on the cover may be holding the playing card in question, but Ace of Clubs also serves as a succinct description the band’s triumphant history in honky tonks, dive bars and other dingy halls where loud music mixes with beer and sweat. Guitarist Bill Davis, bassist Ned “Hoaky” Hickel and drummer Fred LeBlanc poured all of the road experience into the record. It’s a potent blast of rock goodness, designed to sate fans until their well-used van returns to town. 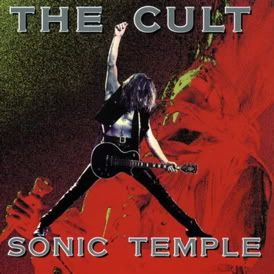 Since Ian Astbury of The Cult expresses the view “That’s one thing I like about the English; our attention to detail in our musical influences,” it seems appropriate to trace some of the rock ‘n’ roll ancestry that led to the colossal sounds of the band’s 1989 album Sonic Temple. Maybe it’s worth considering that the guitar Astbury was given as a boy reportedly didn’t stay intact more than a few minutes because of immediate aspirations to emulate Pete Townshend. Or the story about an equally youthful Astbury dumping food coloring into his hair because he liked David Bowie might be useful. Certainly, the strong associations with Jim Morrison of The Doors that Astbury regularly voiced might provide explanation for some of the album’s more grandiose moments. In the end, though, the band and their music winds up as more than the a summary of inspirations. It’s big, loud, bold, unapologetic and meant to shake the world.