Through what’s known as the Silver Age of Comics, there were plenty of punctilious publishers proficient at producing furiously fantastic feats of four-color fables, but one rocketed above the rest when it came to breathless boasts of the bountiful bustle in their brilliant books. But did the tale always live up to the tout? That was Marvel Comics. Take, for instance, Tales of Suspense #93, an illustrious issue that arrived in 1967. The Mighty Marvel Checklist that month, delivering delicious details of “Marvel-ous Mags on Sale Right Now!,” told the ravenous reader: “See Iron Man suffer his greatest defeat–at the hands of a giant whose true identity will knock you for a loop! As for Captain America, has he finally invaded the lair of A.I.M. to rescue SHIELD’s loveliest agent–only to lose her forever?” That cap caper sounds super, but it’s the Iron Man story that’ll knock us for a loop. Will it really? Only one way to find out, True Believer.

How certain are the creators (led by writer Smilin’ Stan Lee and artist Genial Gene Colan) that the story will harmonize with the hoopla? They decisively double-down on the very first page: 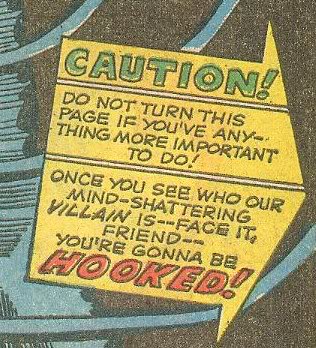 HOOKED! Words aren’t in letters that big and red unless they are manifestly meant! As the jolly juggernaut of nifty narrative is joined, Iron Man is trying to track the hateful Half-Face, a villain who’d been bedeviling him since the previous issue. It doesn’t take him long before he comes upon the towering Titanium Man, thought terminated at the tail-end of an earlier adventure. Could this be the “true identity” meant to throw us for a loop. That seems unlikely given that his presence is plastered all over the front cover. Regardless, the armored avenger bounds into battle, utilizing an awesome element of his arsenal that sadly hasn’t made the transfer to the big-screen version the character: his jet-powered roller skates. 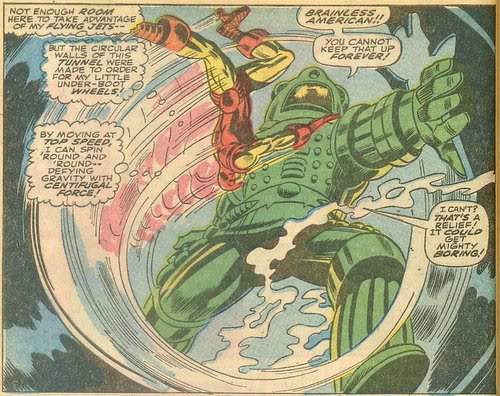 If the “true identity” isn’t all that awesome after all, the “greatest defeat” portion of the promise has its own issues.

Turns out Iron Man isn’t immersed in ignominy. He’s playing possum. Flopped on the floor, Iron Man is afforded the opportunity to eavesdrop on the peccant plotting of his fearsome foes, learning of a loathsome conspiracy to frame the American government for war atrocities, leaving the hero writhing in patriotic worry.

At least it’ll be easier for Tales of Suspense #94 to live up to the contents of the “Next Issue” box.

Since the Captain America story championed no scintillating surprises, there’s no cause to subject it to the same assessment process. But it would have fulfilled any boastful billing with its Jack Kirby splash page alone: 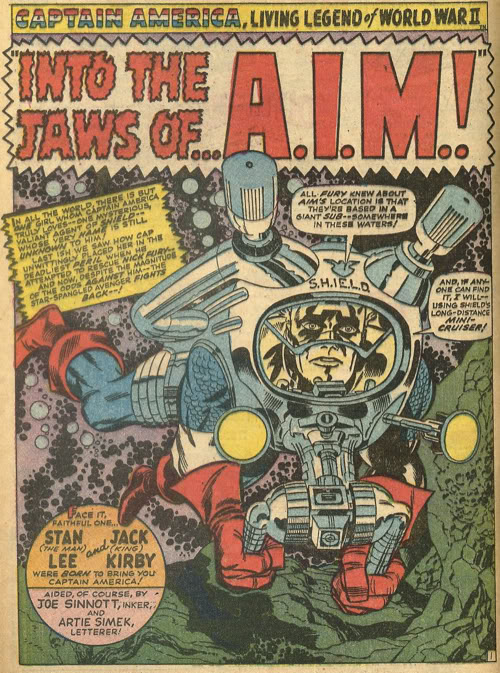