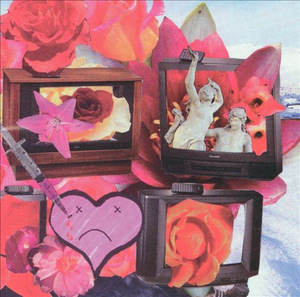 Usually I try to find a song or two to nestle into hyperlinks in these reviews, but that’s proving undoable for anything off of Chinadoll’s Tango release, which isn’t that surprising as I can barely find material on this release. Evidently the performing name of Michigan musician Robin Wylie, it seems there was a total of three full-length releases under that moniker through the nineties and into 2000. Tango was the sophomore effort. Described on CD Baby, where it’s offered for sale, as “a singularly bizarre combination of ambience, techno and depravity,” it’s almost unfathomable to me that this release got enough airplay on 90FM to rank this high. That’s not because the described style seems far outside the typical comfort zone of the average college deejay in Stevens Point, Wisconsin (although it does), but because the of the “depravity” part of that description, which is joined by other reviews that praise of caution about the sexually explicit nature of the songs. I imagine the track listing speckled with enough stick-on red dots, the tool used to warn 90FM deejays that songs were not suitable for airplay, to make it resemble a kid downed by measles. Apparently not, though. Still, I’m nervous enough about the potential content that I’m somewhat glad I couldn’t find a video. I’m no prude, but it is a Sunday, for heaven’s sake! We must have some decorum. 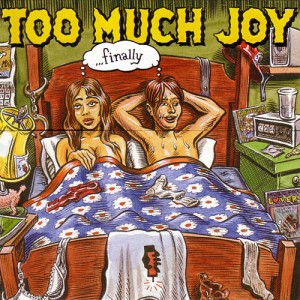 Now this one I get: the last album from 90FM heroes Too Much Joy. Aside from R.E.M., U2 and others that were celebrated widely on college radio, there was no bigger band at the station than this sharp, blazing, genuinely funny quartet from Scarsdale, New York. Their proper major label debut, Cereal Killers, hit the station rotation on the exact same day as R.E.M.’s Out of Time, and matched that college chart powerhouse play for play (which I once told their bass player Sandy Smallens on a Milwaukee hotel rooftop, information I provided drunkenly and repeatedly). Though I have great affection for a few songs on the album, it’s definitely not their best work, which helps explain why the strong sampling of Too Much Joy material on YouTube (including, spectacularly, a live performance from the 1996 Hoboken Art & Music which includes a date stamp that dances around as if trying to keep pace with the pogoing energy of lead singer Tim Quirk) includes only the most meager sampling of …finally. It was Too Much Joy’s first album in four years, their first since departing Warner Bros. and their first without Smallens, who’d been replaced by producer William Wittman. In so many respects, it felt like the end.

There’s another very personal memory I have of this album. In the span between …finally and their prior release, the fabulous Mutiny, I’d graduated from UW-SP and moved from college radio to commercial radio. While my tenure a little further up the dial was marked by many, many moments when I was disappointed in the lack of creativity and daring in the commercial programming model, few were starker than when I saw a copy of …finally on the Music Director’s desk and realized that this album that was surely being celebrated enthusiastically in my former radio home was never going to make it into the studio in my new one. Not that this was an incredible egregious slight on the basis of the album’s quality (the Sleater-Kinney albums the station cheerily ignored strike me as the more significant case of broadcasting malpractice), but it was something that spelled out how far I’d traveled from the environment I’d truly loved, how sharing music on the radio had transformed from a passion to just another fucking job. It would be nice to say that I walked out of the station for good at the moment I had that revelation, but, to borrow the words of a wise man, that shit ain’t the truth. I stuck around for another year or so, growing more miserable as I played putrid songs from Bush about a hundred times apiece. I had to settle for playing …finally at home, using its punky power pop and witty attitude as a cleansing shower to rid me of the toxic residue of what I’d foisted on an unsuspecting populace over the airwaves. I bobbed my head and bided my time, knowing that I’d send the van roaring over the cliff at some point and make my escape. Finally.