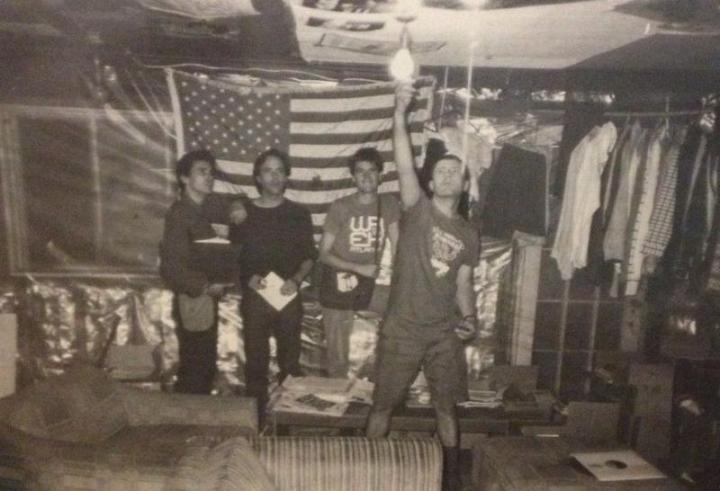 Among the things that characterize the typical college radio experience for a student programmer, it’s possible that the most frustrating is a melancholy longing for the music that was released sometime in the five to ten years before they set foot in the station. It’s not merely the perpetual dissatisfaction of youth that leads to this sullen impression. Music, particularly highly influential music, can take some time to gestate, meaning the best older records are automatically elevated in the mind’s assessment. There weren’t that many college radio stations playing, say, Nirvana’s Bleach when it was nestled in rotations as a new release, but a few years later all of the disciples of the pre-Nevermind effort from Seattle’s finest could wax poetically about how great it would have been to introduce it to their eager listeners. If an artist had the added cachet of a limited recording output, with the implication that they ended before their time was truly up, all the better.

Mission of Burma released exactly one full-length album during their brief initial existence. Vs. is widely considered a powerhouse classic of post-punk, suffused with an embrace of unpredictable sonics that held the promise of all the places that music might yet go. Even still, its importance trails that of the band’s debut single, the thrilling “Academy Fight Song,” and their first EP, the latter because it contains “That’s When I Reach for My Revolver,” a song that requires inclusion in any discussion of the all-time greats. The band didn’t last long after the release of Vs., in large part because the punishing volume of their live shows had already taken a physical toll, leaving lead guitarist Roger Miller with a severe case of tinnitus. Though they were officially done as a going concern in 1983, the band’s afterlife was robust. Before reforming some twenty years later (with the surprisingly strong ONoffON), Mission of Burma was the subject of no fewer than six releases, comprised standard “best of” collections, live albums, and assemblages of spare bits. Six releases across two decades doesn’t seem like much, I suppose, but it was effectively triple the band’s original output.

Officially, Rockpool lists our entry on the chart as Forget. I’m a little suspicious about that. Every source I can find, including those that are a little more reputable than the foggy wilds of web-based databases, lists Forget as a 1987 release, making it fairly unlikely that it survived on the charts for a full year or more or was ignored until the fall of 1988, when student programmers finally glommed onto it with collective urgency. I think it’s at least possible that the album actually charting in November 1988 was a self-titled comp on Rykodisc that represented one of the earliest attempts to make the band’s most famed material available on compact disc. That simple fact along could have been enough to make student deejays gravitate to it, in the same way that the Joy Division collection was getting ample attention. (Inconceivable as it may be now, CDs were still a novelty and a technological marvel in the fall of 1988, with radio stations announcing that all their music was played from that audio source as a significant selling point.) Then again, it’s certainly possible that the retrospective dating of Forget is incorrect or even that Taang! Records gave the collection a new push or an informal rerelease to capitalize on the interest that Mission of Burma surely generated.

Like a lot of such flotsam and jetsam collections, Forget is more interesting for what insights it might hold about the band’s creative process than it is as its own satisfying record. Largely made up of demos and rough passes at songs, the album is potentially revelatory for the most devoted Mission of Burma scholars in giving an aural sampling of the material that the bandmates decidedly, collectively or separately, simply wasn’t worth pursuing to a finished, polished product. Most of what’s here does sound like first passes at songs, new suits being tried on to check out the fit. Mission of Burma is a strong enough band to still delivering some damn fine material, even under those circumstances. The blistering album opener “Execution” has the charged heated of punk authenticity, and there’s a thrilling swerve between proper propulsion and unsettling musical discordance on “Playland” (the latter song eventually showed up again on ONoffON).

The band’s restless propensity for experimentalism is present throughout, as on “Manic Incarnation,” which starts collapsing in on itself midway through. Sometimes it does sound like the band merely slopping around, maybe or maybe not on their way to something better and more cogent (“Active in the Yard”). Certainly the stuff on here rarely sounds anywhere near finished (“Head Over Head” is the closest they come to the mind meld of punk abrasion and eloquent tunefulness that typifies their best work), making it a sort of permission slip to later bands like Pavement and Guided By Voices, proudly half-assing their way to acclaimed releases. The problem with that potential influence is that most bands don’t have the astonishing capability of Mission of Burma in their prime. The malformed material only sounds this strong if the talent in there to deliver a finished product in excess of what most can do. Mission of Burma had that. Their necessary few releases from the early eighties proved it. In its own unique way, Forget does too.