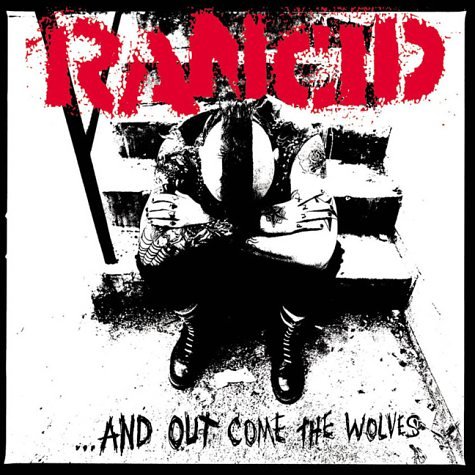 Rancid’s third album was greeted with an extremely rare A+ review in Entertainment Weekly (back when that publication still had some credibility), with writer Chuck Eddy asserting the Berkeley punkers made a “better Clash record than London Calling.” That is the very definition of a bold statement. I do understand the impulse Eddy felt to draw a straight line from the California punkers to The Only Band That Matters. Circa 1995, there was a lot of tug of war taking place over the legitimacy of different bands, especially in the punk realm. Now, that’s in part because the punk realm is always racked by intense debate over legitimacy, but the heated conversations during this particular slot on the timeline were shaped by the complications added by the grunge movement and the sudden willingness of commercial radio to embrace a band like Green Day. There was probably no better way to confer supremacy on a band within that scrum than to tie them to one of the most venerated predecessors in the form, and if there were some superficial similarities in sound, all the better.

Make no mistake, …And Out Come the Wolves is a great album. It also can’t touch London Calling, but the same can be said of the vast (and I mean vast) majority of albums that spin in its long shadow. Rancid’s album is fierce and propulsive, engaged politically, albeit in a manner that’s just generic enough to allow for wide applications of its message. It mostly spouts the fevered adolescent dissatisfaction that has been the lifeblood of punk rock since at least since the point Mike Muir couldn’t get that one goddamn Pepsi. “Time Bomb” barks out “Like a cat 15 years old take him to the youth authority home/ First thing you learn is that you got to make it/ In this world alone,” and it’s easy to imagine a thousand comfortable suburban youths pumping their fists in solidarity, viewing their minor household agonies as roughly akin to that tale of woe. Despite what it probably seems like, I don’t mean that dismissively. That’s a case of Rancid doing their job and doing it well.

If a dismaying amount of the music that gained a foothold on college radio playlists in 1995 had an upsetting whiff of calculation to it, Rancid’s …And Out Come the Wolves is distinctive because it feels so damn genuine. Without devolving to the point where their mohawks should be joined by checkered suits, Rancid incorporates just a touch of ska rhythm in their music, largely capturing the exuberance of that music without getting bogged down by its hyperactive redundancy. The snarled pining of “Olympia WA.” and the pogoing memory journal of “Roots Radical” surge with the giddy abandon of release. These are songs that needed to be played, finding their way out of psyches still dealing with the throbbing echoes of bygone disappointments and minor triumphs. Appropriately, the album blazes with a impatient intensity. There are nineteen tracks across it, not a single one of them lasting longer than three-and-a-half minutes. I personally cherish the album because it provided me and a fine traveling companion ridiculous amounts of giddy enjoyment on lengthy baseball road trips in the late nineteen-nineties singing a modified version of “Ruby Soho” whenever Luis Sojo came to the plate. 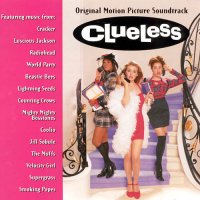 One of the clearest signs a soundtrack can be carbon-dated to the mid-nineties is the presence of the Mighty Mighty Bosstones. At least they’re performing one of their own songs, albeit one that was three years old by this point. At lot of this soundtrack is weirdly-chosen cover songs, including Counting Crows performing the Psychedelic Furs’ “The Ghost in You,” which is such a hideous idea I’m not even going to seek it out for a hyperlink. On the other hand, I’m pretty partial to “Kids in America” as covered by the Muffs. But then I’m partial to “Kids in America” almost no matter what. Writer-director Amy Heckerling’s gloss on Emma, the classic novel written by Jane Austen, got heaped with praise at the time of its release, an outpouring I never really understood. The popularity of the soundtrack is similarly baffling, except for the basic truism that college deejays like covers.