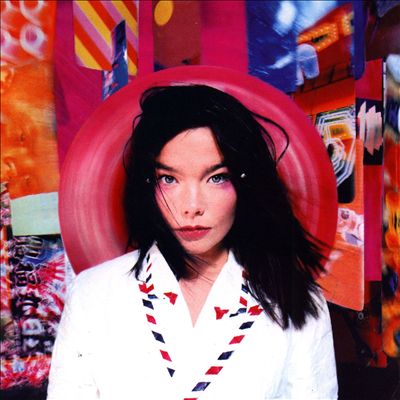 Post starts with a crash. Following the surge and clatter of synthesized noise, Björk launches into “Army of Me,” as thrilling and powerful of a statement of purpose as a song can be. Reportedly directed at the Icelandic songstress’s brother, the song makes a musical statement just as pointed as the one delivered by the lyrics. Following the somewhat tepid Debut — technically her second release under her own name (Björk released an album when she was still a child) but considered her solo bow by just about everyone including obviously the artist herself –Björk uses Post to demonstrate exactly how she plans to bend pop music to her will, filling the album with intricate layered soundscapes that her staggering vocals can ricochet around in like bullets fired into a steel drum. “Modern Things” is a fine example of the accumulation of ideas Björk crams into each song. Beginning with the conceit that “All the modern things/ Like cars and such” have been around since the beginning of time, simply lying in wait until they were ready to emerge, the song evolves from a seductive, understated intro to eventually be driven by a wall of otherworldly rhythms as Björk alternates between singing in English and in Icelandic. It end with a simulation of a record skipping creating a hypnotic repetition of Björk’s voice.

The album has an endless capacity to surprise. Any time the listener dares to become complacent, Björk upends everything, as with the blazing show tune “It’s Oh So Quiet,” the grinding trip hop of “Enjoy” (co-written and co-produced by Tricky), and the spectral, beautifully languid “Possibly Maybe.” Playing with convention this aggressively inevitably means that some of the tracks come across less as gripping songs and more as fragile art pieces (“Cover Me” falls into this category), better suited for intense consideration rather than accompaniment for bopping around the room. This is the point at which Björk started to move away from the relative simplicity of being a pop star in order to actively explore the sort of multi-platform experimentation that would define the rest of her career, for good and, on rare occasions, for ill. She worked with directors like Michel Gondry and Spike Jonze to come up with bizarrely dazzling music videos and could expound on the layers of meaning behind every last element of the release, including the striking album cover. In many ways, it felt like the music on Post was only the beginning of what Björk needed to say. 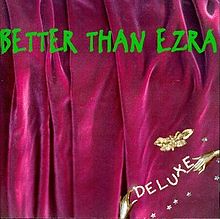 Deluxe, the second proper release from the Louisiana band Better Than Ezra, first came out on their own label, Swell Records, in 1993. It caught the attention of Elektra Records, which signed the band and rereleased Deluxe in early 1995, making it officially the group’s major label debut. Within weeks, the band was on top of the Billboard Modern Rock chart (and in the main chart’s Top 40) with the album’s lead single, “Good.” The song was so big that it’s easy to think of it as the beginning and end of the band’s chart success. That’s basically true with the main chart, but second single “In the Blood” was nearly as popular on alternative stations. Better Than Ezra released two more albums on Elektra before getting dropped by the label. They’ve continued making music, though, releasing new albums around every four years, the most recent arriving last fall.