As per tradition in this digital space, the close of the calendar year means it’s time to reflect on the best music releases of the year. It’s been a while since I’ve been beholden by writing duties to an outside source, which was the initiating cause of my modern top ten albums lists, but I still do the best I can to keep up. I’ll acknowledge that it was more challenging than ever in 2016 to be comprehensive in my listening, and more than a few of the titles that make this tally have only making glancing appearances in my personal rotation. Still, every last one of these is striking and memorable. And I’m prepared to say my pick for the year’s best and the runner-up — neither of which is a particularly esoteric selection — are the first albums in quite some time to elevate to form to something near dazzling art. 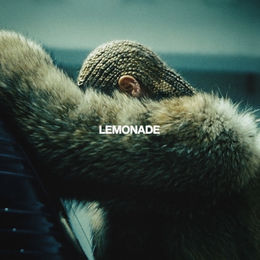 1. Beyoncé, Lemonade — Honestly, how could it be anything else? Political and personal, and thrillingly ferocious in both territories, Lemonade is a blazing, blinding, boisterous statement of purpose. I stand by every word I wrote about this back in May, with even greater conviction, but with every new listen — to the whole release or any given track — I’m further amazed by Beyoncé’s generosity in collaboration while maintaining a thoroughly dominant voice of her own.

2. David Bowie, Blackstar — I came to this late, cynically certain that the most awestruck assessments were rounding up, even before the loss of David Bowie, mere days after the album’s release. My preemptive dismissal couldn’t have been more wrong. Blackstar is dazzling in its ambition and sonic breadth, its jagged jazz-like meanderings demonstrating one more time Bowie’s fearlessness in reinvention.

3. Angel Olsen, My Woman — Angel Olsen still favors the stark, but there are more intricate layers of intellectual, emotional, and musical robustness to be found on My Woman than its sterling predecessor, Burn Your Fire For No Witness. It is eloquent in every way, and Olsen expands her range so artfully that it makes her musical future seem limitless. 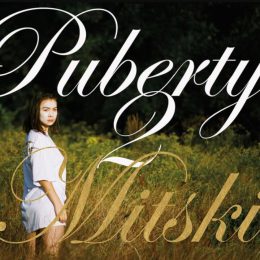 4. Mitski, Puberty 2 — Ethereal ache and abstract lyrics that somehow strike the heart as more piercing and true that literal testimony, the latest from Mitski is enveloping. It is smeared with all the shades of a black-and-white rainbow, and it feels always poised to shatter into a cascade of the crushed little stars she sings about. 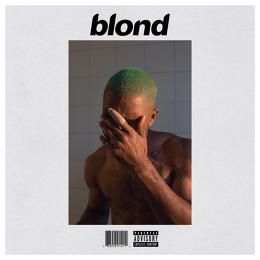 5. Frank Ocean, Blonde — Others on this list make strides to perfect the chosen forms of music, even as they combine seemingly contrasting melodic instincts. Frank Ocean is the one who seems to be inventing a whole new form, drawn from hip and hop and soul but so alien to either that it can be pinned down.

6. The Savages, Adore Life — Buzzy and driving, the sophomore effort from the Savages argues that there’s life in throbbing post-punk workouts. It’s reminiscent of music that came before, but the familiarity avoids derivative recycling. It helps that lead singer Jehnny Beth is wildly charismatic.

7. Thao & the Get Down Stay Down, A Man Alive — Thao Nguyen cracks herself open like few others who stand before a microphone to spill out their truth. This latest album circles around familial aches, especially those caused by her absent father. The songs land like punches.

8. Parquet Courts, Human Performance — Insistent indie rock that comfortable takes its place in a lineage that began with the Velvet Underground and traveled through the chain links of countless bands until now. Parquet Courts takes the accumulate history and makes it sound new again.

9. Margo Price, Midwest Farmer’s Daughter — This Nashville singer-songwriter was featured in the New York Times piece on the future of music than I aimed my ire at back in the spring. The overly effusive praise of the piece — before her debut was even released — was deeply misleading. Margo Price’s triumph isn’t in her innovations, but in her sharply traditional approach to country music songwriting.