When I started reading superhero comics, I had only a passing interest in Marvel Team-Up, which routinely paired Spider-Man with other costumed do-gooders, albeit ones who weren’t quite as amazing or spectacular as him, at least when it came to sales numbers. For some reason, the exception was the title’s yearly Annuals, one-off, double-sized adventures that were published in the summer months, presumably because kids were patrolling the spinner racks with a little more money in their pockets thanks to lawn-mowing gigs. (It was a different time, friends.) These thicker periodicals I found more difficult to resist, especially if favorite characters were sharing the masthead. And in the summer of 1984, the Canadian crimefighters of Alpha Flight were high on my list.

I was already a devotee of the Alpha Flight series, written and drawn by John Byrne, but my feelings were especially intense at the time the characters crossed over to Marvel Team-Up Annual #7. My nerdy little brain had been recently been blown by the landmark Alpha Flight #12, in which the team’s leader, Guardian, had been killed. I was feverishly committed to reading every last Alpha Flight story I could get my hands on. (It was around this time that I spent way too much to procure a copy of the X-Men issue that held Alpha Flight’s first appearance.) Seeing them on a comic book cover compelled me to make a purchase, even if they were joining Marvel’s flagship character in grappling with an oversized pink snake.

Written by Louise Simonson and penciled by Paul Neary, the story begins with the wall-crawler’s alter ego, Peter Parker, suffering some typical workplace indignity, as Daily Bugle editor Joe “Robbie” Robertson chastised him for a numbing sameness in the subject of his photojournalism efforts. 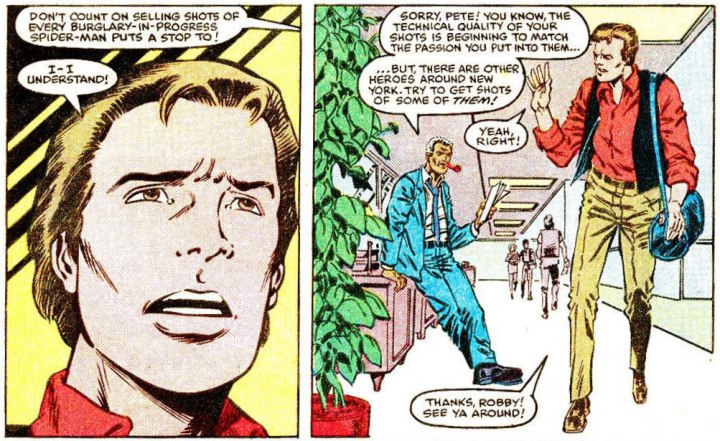 Though Peter’s word balloon has his boss’s name spelled with a y, I swear the way I typied it above is correct. Also, I’m aware that few things illuminate the comic fan pedantry I still carry than an urgent, mid-post fact-check of a minor narrative detail. I’ll take my No-Prize now.

Shortly after Robbie tells Peter that Spider-Man shots aren’t really needed, another figure develops a very different theory about the desirability of wall-crawler memorabilia. Although, in the case of the intergalactic figure known at the Collector, the desired trinket is the super-powered man himself. So, a few panels later, Spider-Man finds himself ensnared, with the added indignity of being tossed by a multi-headed genie into the prison of an oversized oyster shell. 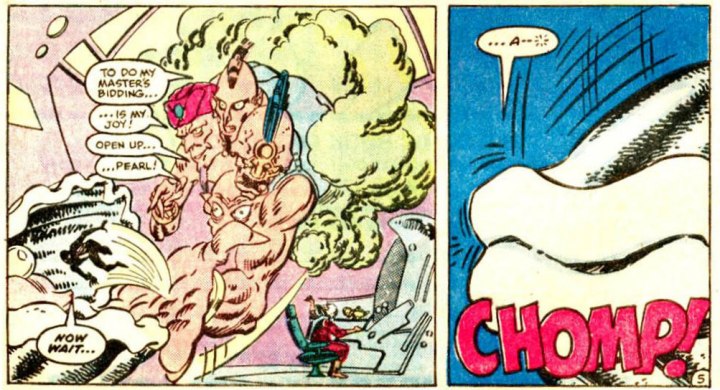 Meanwhile, a member of Alpha Flight, the slick-swimming Marrina, was also scooped up by the Collector along the way. That brings the charging Canucks into action.

As if often the case in these impromptu collaborations between superheroes, things don’t exactly proceed smoothly. In keeping with the deliberately disparate storytelling that epitomized the Alpha Flight title — though technically a team book, the characters spent most of the periodical’s first year engaged in solo adventures — and the group’s recent loss of leadership, the heroes from the north spent a lot of time bickering, much to Spider-Man’s annoyance. 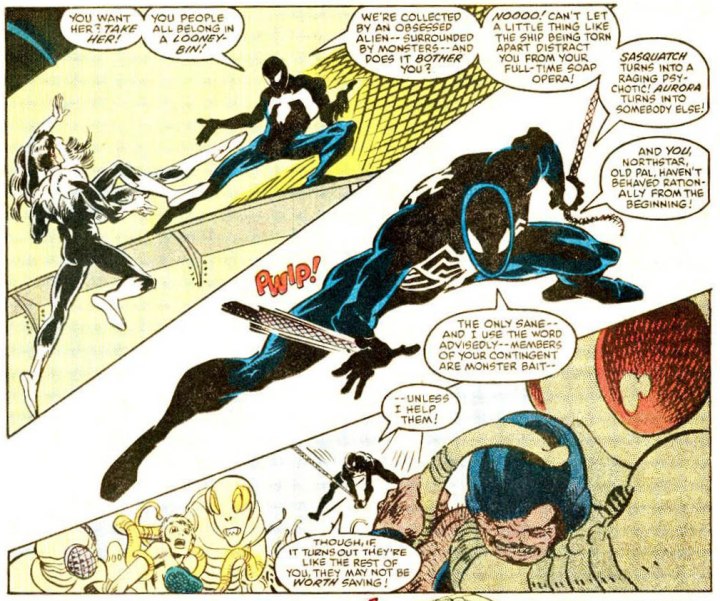 Just as the turmoil was predictable, so was the ending. Rescues and escapes were perpetrated, and justice was done, everything wrapped up before the final page.

I remember the issue fondly enough, but it’s also one that helped teach me an important lesson about how to select which comics I’d read. At the time, I completely bought into the notion that the proper was to pick favorite characters and stick with them, through and through.

But this issue of Marvel Team-Up Annual wound up presenting me with a contradicting experience. Although Simonson hit all the right details in her presentation of the characters — such as Aurora’s claustrophobia inducing the emergence of one of her multiple personalities, Northstar’s arrogance, and Sasquatch’s scientist certainly existing somewhat incongruously with his furry colossus physical figure — something seemed off about my beloved Alpha Flight. They were written correctly, and yet they didn’t have the same zing as I found in their primary publishing home. I wasn’t a fan of Alpha Flight, it turned out — I was a fan of Byrne’s version of Alpha Flight. It was about the creator, not the brand, which was really driven home when Byrne left Alpha Flight about a year later and the title got so bad, so quickly.

As far as life lessons go, it’s not a bad or particularly traumatizing one. And, as a bonus, it did have that giant pink snake in it. 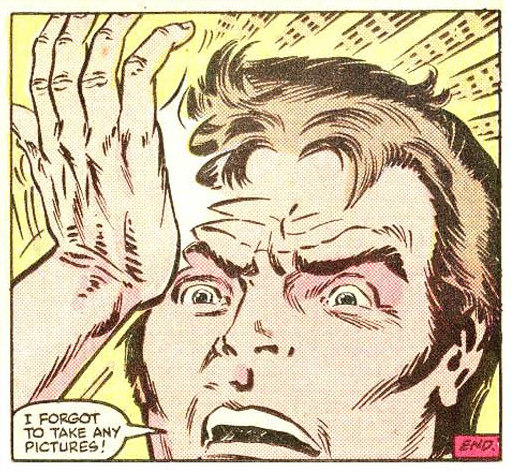