I believe Spider-Man was supposed to be my generation’s gateway into superhero comics. When I transitioned from ravenous consumption of the childish fare published by Harvey Comics — particularly the boy plutocrat Richie Rich — into highly mature tales of physically-alarming beings who squeezed into spandex outfits to fight crime, I larger steered clear of Marvel’s famed wall-crawler, for reasons that are entirely unclear to me. This was the character who regularly appeared on Electric Company — and starred in a corresponding kid-friendly comic series — so he should have been the likeliest character to ensnare my attention. I bought loads of Marvel comics, but I resisted Spider-Man’s titles.

But I also learned my Marvel Comics history quickly and with studious devotion. As new comics hit the spinner rack, I knew a major event when I saw it. So when Amazing Spider-Man #238 arrived, bearing a cover dominated by a new villainous character who evoked the stylings of Ol’ Web-Head most fearsome — and long-departed — foe, I knew I had to get it. This, I was certain, was going to be big.

In a story written by Roger Stern and drawn by John Romita, Jr. (and inked, in the first issue, by his namesake pop, who plied his pencils on some of the greatest Spider-Man stories ever published), our friendly neighborhood Spider-Man is up to his usual do-gooding, but one the small-time crooks he’s after slips away. The miscreant finds his way into a secret underground lair.

The Green Goblin was Spider-Man’s arch-enemy, having delivered the cruelest emotional turn in the hero’s life many years earlier. The Green Goblin himself perished not long afterward, and the various creators never quite filled the hole left by the character’s absence, despite some misguided attempts. (Back then, characters who perished largely stayed dead, a standard Marvel abandoned with increasingly tiresome frequency later.) Stern’s fine idea was bypass any sort of strained revival and instead start anew with a character who evoked the bygone adversary.

The hood who found the Goblin costumes and weaponry leads a shadowy figure to the stash of goods. Bringing his own panache to the design, this dastardly fellow emerges as the character sensation of 1983. 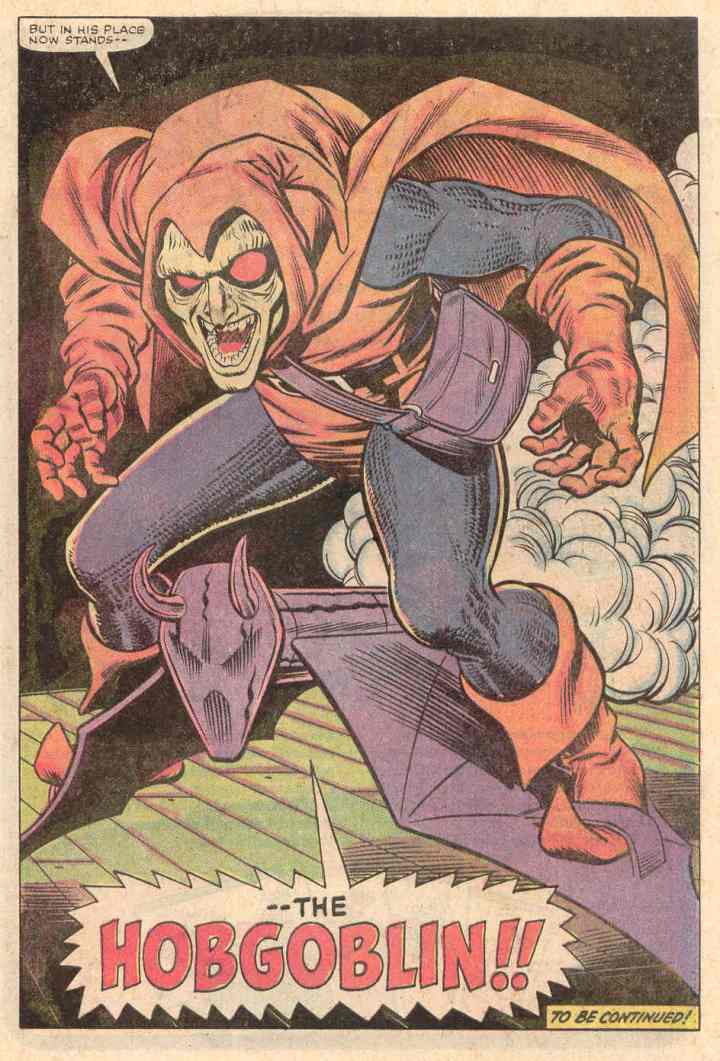 With the Hobgoblin, the Spider-Man saga was jolted by the familiar presented as something striking and new. Although it was technically a new character, Stern was able to take advantage of transferable menace before our hero had even set eyes on the crafty criminal. 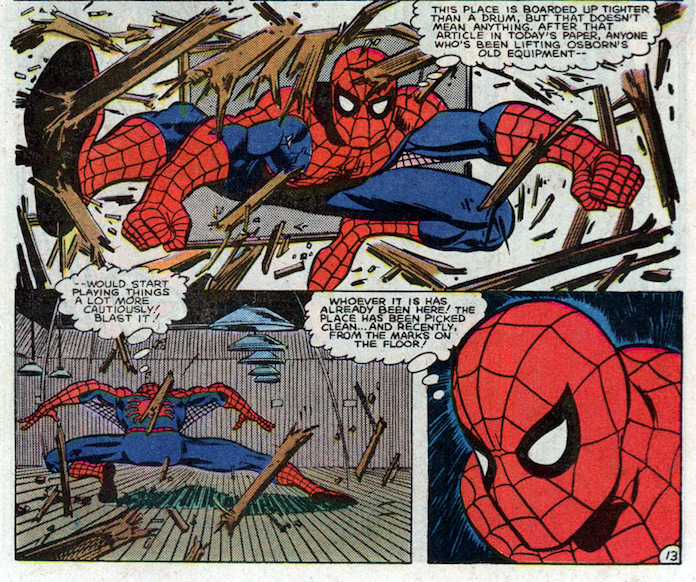 In setting up the new foe, Stern even replicated a bit of storytelling lore around the Green Goblin. The earlier villain’s secret identity was hidden from the readers for ages, with little hints parceled out, always implying it was a member of Spider-Man’s supporting cast. By some accounts, the creators themselves weren’t all that sure about the Green Goblin’s alter ego, even squabbling about it so much that the dispute is often cited as the motivation for artist Steve Ditko — Spider-Man’s co-creator — jumping ship from Marvel.

With the Hobgoblin, the strategy was repeated (as were the internal disagreements). The reveal was teased out to a ludicrous degree. And I loved every bit of it. I couldn’t have named it at the time, by the ongoing tale was exactly what I was looking for in my superhero comics. It was twisty and thrilling and rewarded an appreciation for the arcana of Marvel continuity without being overly reliant on a knowledge of it. Individual issues read fine in isolation, but familiarity with the whole span of the story made the material seem richer and little more audacious. It might have taken me a while to get to The Amazing Spider-Man, but its web was all but inescapable when I finally arrived.

2 thoughts on “My Misspent Youth — The Amazing Spider-Man by Roger Stern and John Romita, Jr.”