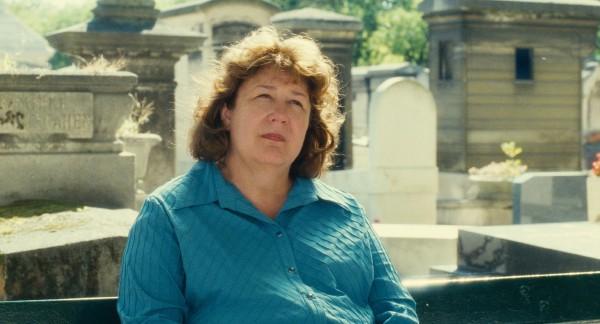 There’s no particular inspiration for extracting this old review from the archive today. It is one of the fairly random raids of my old writing. The only annotation I’ll offer is the retrospective conviction that Alexander Payne’s segment is strongest in the film. It’s the one that has stuck with me.

The new film Paris, je t’aime brings together eighteen directors (or teams of directors) to create short films celebrating the beloved city of the title. There is no through-line, no overlap, nothing that connects the pieces together. It seems everyone was given the the freedom to construct whatever they chose, with only the locale (and, more vaguely, the prompt of “love”) to guide them. The result, predictably, is not something that holds together as an individual cohesive work, but is instead a collection of short films, not remarkably different in unity or vision than a near-random assemblage of submittals used to fill a programming block at a film festival.

That’s not automatically a problem, particularly when the directors invited to the exercise are an intriguing, defiantly individualistic lot. There aren’t a lot of other project out there that make room for both Wes Craven and Gus Van Sant, much less Gurinder Chadha and Sylvain Chomet. But it puts a lot of pressure on those individual shorts; they have be quite strong to make the whole project feel worthwhile. There are few outright disasters in Paris je t’aime, but the bulk of the work ultimaately feels negligible.

There are fine little performances sprinkled throughout–it’s not surprising to find that it’s fun to watch Gena Rowlands and Ben Gazzara expertly tear up a scene as a couple on the verge of divorce, but it’s wholly unexpected to see typically dour and unengaging Rufus Sewell turn in deft, appealing work opposite the fine, fussy shine of Emily Mortimer — and I am admittedly helpless before a freshly revealed Alfonso Cuaron extended tracking shot.

In the end, there are really three films that deserve special notice. The first is Tom Tykwer’s visually witty examination of a romance remembered right after a devastating phone call. Then there is Alexander Payne’s dryly funny and warmly observed take on the allure of Paris as related by a flat-accented average American, played with wonderful little grace notes by Margo Martindale (who, between this and FX Network’s The Riches has had a very good spring). Best of all is the film by Walter Salles, which manages to tell a quietly heartbreaking story in a few lean, concise minutes, aided immeasurably by the exquisitely expressive acting of Catalina Sandino Moreno. Salles demonstrates the artistry that can come to the fore by finding the painful truth in a few well-chosen moments.