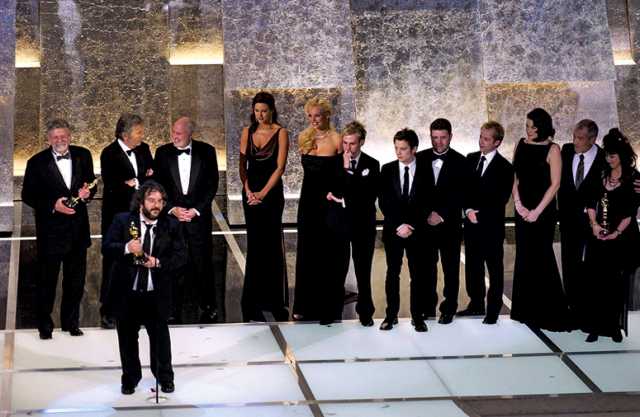 Not that long ago, the Academy Awards spent one of their annual ceremonies giving practically every trophy they could to The Lord of the Rings: Return of the King. Directed by Peter Jackson, the film was the concluding feature in a trilogy of films based on J.R.R. Tolkien’s magnum opus. It won in every category in which it was nominated, including Best Adapted Screenplay, Best Directing, and — the top prize — Best Picture. It became one of three films in Academy Awards history to tally eleven total wins. It was also the highest grossing film of the year, by a considerable margin. Indeed, by the end of the film’s box office run, bolstered a bit by the Oscar haul, it was the second-highest grossing film of all time to that point, behind only James Cameron’s Titanic, another Academy Award Best Picture winner (and another film tied for the record of eleven Oscar wins).

In an increasingly desperate bid to stem the ongoing attrition impacting practically every televised event, the Academy of Motion Pictures Arts and Sciences announced a set of planned changes to their annual awards ceremony, which will present its ninety-first edition in early 2019. There aren’t many changes, but those that were sent into the showbiz world (with a shocking lack of basic logistical detail) are so abjectly terrible that they suggest the people charged with protecting and preserving the Oscars have nothing but contempt for the venerable institution in their charge. The additions and subtractions are simultaneously an embarrassment and an affront, undercutting the credibility of the one entertainment award that matters and tacitly communicating to a wide population of cinematic artisans that their most inspired efforts simply aren’t as worthy of public celebration.

The proposed change that has stirred slightly less chatter will relegate an indeterminate number of Oscar categories to presentation off-air during the annual ceremony, while the American Broadcast Company is helping Pepsi and Toyota peddle their wares to the masses. The Academy hasn’t identified while categories will be shunted to the side, but they surely are looping an oversized hook around the so-called technical categories, bereft of famous names, but also, let’s not forget, more amenable to exactly the sort of big blockbuster entertainments the Academy clearly wishes were more present in the ceremony. Those Academy members presumably targeted for official second-tier status are understandably upset.

The more buzzed about alteration is an addition. There will be “a new category for outstanding achievement in popular film.” It is vaguely defined, with the tepid assurance that “key details will be forthcoming,” but all signs point to it as some sort of “people’s choice” equivalent, given to a film with a far larger box office footprint than, say, Spotlight or Moonlight or even, I guess, The Shape of Water, which took in a wholly respectable $195 million worldwide. Those sorts of films can, and often do, factor into major Academy Award categories on their own merits. Even Christopher Nolan’s The Dark Knight, long the poster child for the Academy’s elitist rejection of hit films, was nominated in eight categories and won an acting trophy (posthumously, for Heath Ledger). It competed in the very categories the Academy would so dearly love to excise. I find it hard to believe that the pandering consolation prize of Best Popular Picture would struck anyone — creators, fans, viewers — as a satisfying outcome.

If anything, the segmenting off of “popular” films makes them less likely to contend. It’s early in the process, but it does seem possible that Marvel’s Black Panther could be a major presence at next year’s Oscars, for a variety of reasons. The Academy’s new categories signals to voters that they need not take it seriously. A little kiddie table has been created for that film, so don’t bother considering it among the real art. (To be fair, at this point last year, it was plausible that Wonder Woman could factor into Picture, Director, and Lead Actress races, and it was completely shut out of the nominations.) Even if the best intentions are assumed, that the new category is meant to extend the celebration of film excellence, it winds up doing the exact opposite, emphasizing that the hit movies don’t belong, that they’re not creative achievements.

I freely admit that I’m not the type of film fan the Academy is anxiously trying to win over. But I am precisely who they need to keep around. I’ve been watching the Oscars with a mildly mortifying intensity for decades, and I’ve defended the earned value of the awards with exhausting persistence. I’ve also openly lamented certain choices, especially in recent years. Today, though, really does feel like the first time I’m watching Academy leadership blithely demolish everything that’s been built up across nearly a century.