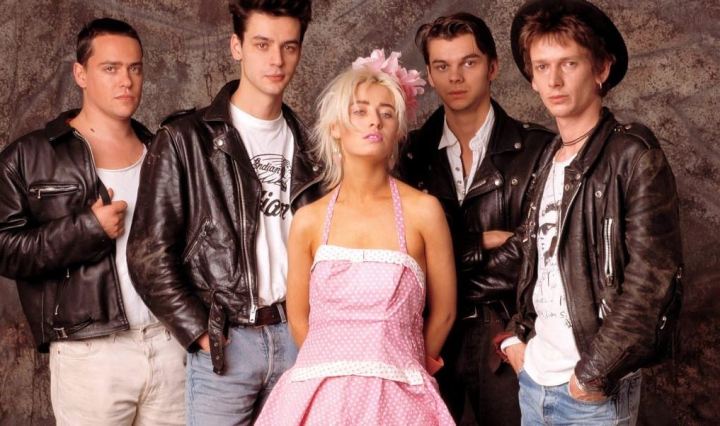 Thirty years ago, in 1988, Transvision Vamp released the album Pop Art. The British band’s debut album, Pop Art was positioned alongside the Primitives’ stellar Lovely as part of a mini-movement of brashly confident retro pop delivered by acts fronted by charismatic bottle blondes. The Primitives were the band built to last (or so it seemed, until they broke up three years later), but Transvision Vamp had an undeniable verve that demanded attention. They were a overloaded flare, burning bright and fast.

At home, their big single was “I Want You Love,” which made it into the Top 5 on the U.K. charts. On the other side of the Atlantic, a different track took priority. “Tell That Girl to Shut Up,” a cover of a song by Holly and the Italians, was the cut that college radio programmers played with zest, especially if there was some personal feud they could obliquely refer to over the microphone when launching into that booming, grinding intro. The Transvision Vamp version hews closely to the original, but it manages to build in an extra sheen of defiance and sexiness. It was a commanding song to drop into a set list.

As suspected, Transvision Vamp didn’t last long. There were two more albums (and another Top 5 U.K. hit) before the band broke up, a ending that stuck. The various members went on to other endeavors. Lead singer Wendy James, always pushed forward as the star of the band, had a middling solo career that opened with an album comprised entirely of songs Elvis Costello wrote for her. Bassist Dave Parsons had the greatest music business success story, serving as a founding member of Bush, the nineties grunge-lite band that sold a kajillion records of blazingly hideous music.

Listen or download –> Transvision Vamp, “Tell That Girl to Shut Up”

(Disclaimer: I believe Pop Art to be out of print, at least as a physical object that can be procured from your favorite local, independently owned record store in a manner that compensates both the proprietor of said shop, the original artist, and Holly Beth Vincent, the songwriter behind the album’s best track. The song above is shared here, then, with the belief that doing so is not impeding fair commerce, but is hopefully serving as a reminder of the joys of collecting music. Go buy something this weekend. You record store friend would like to see you. Although I believe I’m well within the confines of fair use, I do know the rules. I will gladly and promptly remove this file from my little corner of the digital world if asked to do so by any individual or entity with due authority to make such a request.)