The Principle of Moments, the second solo album by Robert Plant, finds the frontman of the revered, departed Led Zeppelin asserting a new creative identity with greater assurance. His first outing on his own, Pictures at Eleven, was a fairly muddled affair, clearly the work of someone intending to strike out away from a burdensome legacy, but also not quite certain how to accomplish the goal. For his sophomore outing under his own name, Plant deliberate reinvention shows signs of working.

“I was just trying to do stuff that was as far removed from Zeppelin as possible,” Plant said a few years later. “It wasn’t commercial, but I wanted to be commercial — on my terms. I was on some kind of mission to make mildly obscure music but at the same time be a success on the pop platform.”

As before, the shadow of his former band is so long, Plant can’t completely outrun it. Album opener “Other Arms” really does sound like Led Zeppelin with all the power sapped away, an inevitability when the singer remains the same, but ferocious guitarist Jimmy Page and powerhouse drummer John Bonham have been replaced by Robbie Blunt and Phil Collins, respectively. Fine musicians, the new collaborators simply, understandably don’t measure up when the music invites comparisons.

When Plant pushes further away from his familiar ground, the results are better. “In the Mood” is lyrically simple, but effective in its cool insinuation. And “Big Log” justly became Plant’s first solo hit, unfolding with probing guitar lines and a slinky ease. Even the familiar hard rock strut of “Wreckless Love” is bettered by variety, the dab of Middle Eastern melodic bending giving the dynamic just enough alteration. Sometimes Plant and his cohorts still seems to be trying too hard — the overwrought vocalizing on “Horizontal Departure” comes to mind — but The Principle of Moments is mostly a sturdy, satisfying rock record, proving Plant didn’t need to rely on his storied history. He could have a future, too. 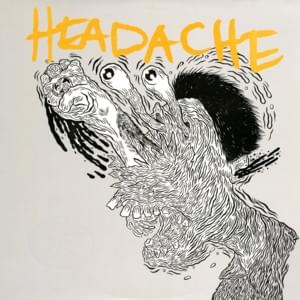 When Big Black released the EP Headache, they insisted on having a unique disclaimer affixed to it. A sticker slapped on the front of the record read: “Warning! Not as good as Atomizer, so don’t get your hopes up, cheese!” Declaring the new record was inferior to the full-length release from the prior year wasn’t a gag or a bit of arch punk rock posturing. According to guitarist Santiago Durango, the band genuinely felt the material on Headache represented a step down in quality, and they wanted to be upfront with their fans.

Overall, Headache strikes me as perfectly fine, if somewhat forgettable. The plodding, snarling “My Disco” sounds like the opening salvo for a dance party in purgatory, and the industrial churn of “Grinder” is a decent representation of the abrasive music that was starting to take hold in certain pockets of Big Black’s Chicagoland home base. The jittery “Pete, King of All Detectives” is slightly more intriguing, if only because its unmoored energy makes it seem as if it can zip off in any direction at any moment.

Headache was presumably meant to be a new start for Big Black, since it was their first release for Touch and Go Records, the label they’d signed with after a serious falling out with Homestead Records. Instead, all of the band members felt the end was nigh. To a degree, their disenchantment with the finished product stemmed from a mounting certainty that they were running out of ideas. Besides, other paths beckoned. Before the year was up, Big Black released their final album, Songs About Fucking. 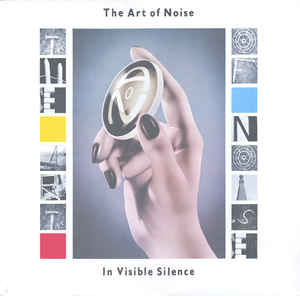 The Art of Noise undertook the recording of their second full-length studio album, In Visible Silence, as a markedly different group. Acrimony had risen between two factions in the band, leading to a split. Trevor Horn, who also had a renowned career as a producer, and Paul Morley, better known for his work as a music journalist, were excised for the band, leaving the remaining members — Anne Dudley, J. J. Jeczalik, and Gary Langan — to push on as a trio. One immediate complication was the Art of Noise’s status as a recording artist on ZTT Records, which was run in part by Horn and Morley. That certainly wasn’t going to work out, and so the Art of Noise moved over to China Records.

Part of the tension in the group stemmed from the idea that Horn and Morley favored a headier approach than the others. The approach on In Visible Silence started to show a playfulness that could approach novelty, heard most clearly on the burbling cover of cover of “Peter Gunn” that included Duane Eddy on guitar and resulted in a comedic music video starring Rik Mayall, of The Young Ones. And the electronic noodling of “Paranoimia” became the band’s first U.S. Top 40 hit when the stammering commentary of digitized character Max Headroom, acted by Matt Frewer, was mixed into the version of the song released as a single.

Morley was especially dismissive of the creative direction the Art of Noise took after he and Horn were booted, but at least there’s something distinctive about the goofball interludes. Much of the material on In Visible Silence is technically proficient and fundamentally soulless, all blending together into one extended post-disco nap dream. The space age lounge of “Eye of a Needle,” the floridly epic “Instruments of Darkness,” and hypnotically dull “Camilla: The Old, Old Story” carry no real weight. Sometimes a single element sticks out, such as the oil pump beat on “Slip of the Tongue.” More typically, tracks are simply tepid. A prime example is “The Chameleon’s Dish,” which is like fusion jazz on amphetamines.

Following In Visible Silence, more splintering of the band would come, as would more weird commercial cash-ins. Clearly inspired by their faithful revamping of the Peter Gunn theme song, the Art of Noise were recruited to do the same for the famed opening music for cop show Dragnet, to accompany the 1987 film comedy of the same name that cast Dan Aykroyd as Joe Friday’s retrograde nephew and Tom Hanks as his hip new partner, Pep Streebeck. There were worse infractions against good taste. At least the Art of Noise weren’t responsible for Aykroyd and Hanks rapping.

Things got a little messy for the Babys when they were making Head First, their third studio album. The band registered their first top 40 hit, “Isn’t It Time,” from their previous album and were expected to build on that success. But the label took issue with some of the personnel in and around the band, firing the Babys’ manager, Adrian Millar. Not long after, founding band member Michael Corby, who had the strongest relationship with Millar, was also shown the door. Corby would eventually be replaced, but the Head First was finished by the band as a trio.

As a whole, Head First is generic late-nineteen-seventies rock, notable only for lead singer John Waite’s raspy, often over-emotive vocals. They strike through all the expected wickets: a power ballad with “Every Time I Think of You,” a rote, Foreigner-like guitar assault with “Love Don’t Prove I’m Right,” and mid-tempo drippiness on “California.” The title cut is basic, effective pop rock, like the Cars if they had been trying to work out some sort of inferiority complex by toughening up their guitar sound. The lyrics are correspondingly mundane on most of the album, though “White Lightning” seems to be about coming to the realization that LSD isn’t as satisfying as loving God, contradicting a childhood experience with mind-altering substances while in the dentist’s chair (“Lucy in the sky with diamonds/ Oh, it didn’t shine like you Lord”). Whatever is going on in that track, it’s certainly different.