Man Hunt (Fritz Lang, 1941). Man Hunt was released six months before the U.S. officially entered World War II, making its animating incident fairly remarkable. A British adventurer (Walter Pidgeon) is traveling across the German countryside with his firearms and briefly has Adolf Hitler lined up in the telescopic sight of his long-distance rifle when he’s tackled and captured by a German soldier. A half year ahead of the nation, Hollywood declared a foreign head of state as a significant enough enemy that assassination could be depicted as a heroic act in the service of a fairly basic action-thriller. Most of the film portrays the protagonist’s attempts to flee German pursuers, bringing him in contact with multiple individuals, including a bold young woman named Jerry (Joan Bennett, appealingly snappy). It’s the sort of story Alfred Hitchcock would have told with clockwork efficiency. Directed Fritz Lang instead favors mood, building the film with a rich, moody visual palette that emphasizes the dark cloud of history engulfing the globe. It’s amusing to watch Pidgeon play a very American Brit up against George Sanders as a very British Nazi, but the film’s best performance might belong to Roddy McDowall, twelve years old at the time of the film’s release, as a crackerjack cabin boy who aids in the escape. 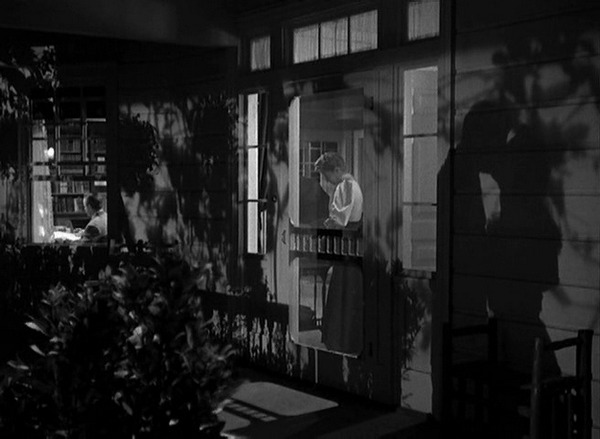 All I Desire (Douglas Sirk, 1953). Douglas Sirk reportedly made several unhappy compromises in directing this adaptation of the Carol Ryrie Brink’s novel Stopover, but most of them arguably improve the film. He wanted to film in color, but the lovely black-and-white cinematography of Carl E. Guthrie enhances the stark emotions of the story and inspires some especially lovely shot construction by Sirk. And Sirk’s favored darker ending is arguably less daring than the Hays Code–defying final shot that allows a spot of forgiveness for a woman whose done wrong. All I Desire follows Naomi Murdoch (Barbara Stanwyck) as she returns to her small, Wisconsin hometown ten years after abandoning her husband (Richard Carlson) and three children (Marcia Henderson, Lori Nelson, and Billy Gray) to pursue a career on the stage. It turns out Naomi was also fleeing a creeping shadow of unsavory — and basically accurate — town gossip, so her unexpected reemergence revives that complicated culture of chatter. As always, Stanwyck is a force of nature, demonstrating she’s almost alone among her contemporaries in making matchstick flare shifts between brashness and vulnerability while somehow playing the extremes with both grand emotiveness and intricate authenticity. Sirk’s positions his camera like an voyeur, regularly peeping through windows of looking down on action from a distance above, enhancing the film’s theme of consuming secrets. 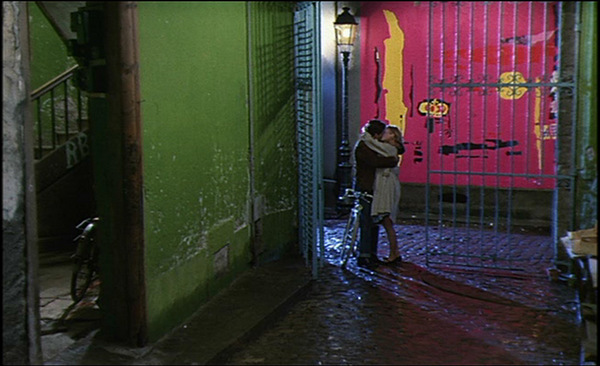 The Umbrellas of Cherbourg (Jacques Demy, 1964). Geneviève (Catherine Deneuve) and Guy (Nino Castelnuovo) are a young couple aswirl in their romance, which must have been an easy state to fall into while living in nineteen-fifties France. To convey their lovestruck existence, Jacques Demy figures only singing will do. Every word of The Umbrellas of Cherbourg is delivered by actors who are simultaneously carrying a tune. Rather than actual songs, though, the musical is structure entirely around completely mundane conversations, which is remarkably delightful (results would likely be very different if the film were in any language other than French). Beyond the inventive conceit, Demy structures the film beautifully, with long, lovely shots and a visual panache in the overall style that stood almost unrivaled until Pedro Almodóvar reached full bloom.