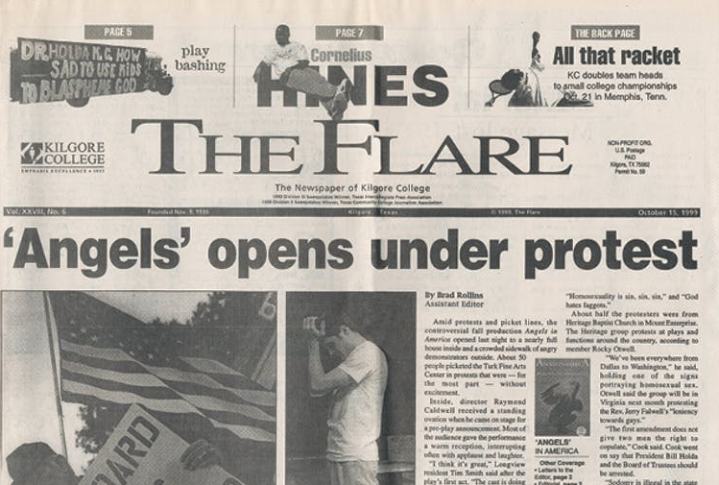 Part reporting, part reminiscence and reflection, Wes Ferguson writes about the staging of Tony Kushner’s widely acknowledged masterpiece, Angels in America, at an East Texas college in the late nineteen-nineties. Validating a stereotype of Lone Star State bigotry, a play involving gay themes brings out the worst in the community, as bible-thumpers decry it without bothering to read — much less attempt to understand — the work in question. Ferguson tracks the roaming blaze of hysteria and concedes to his own contribution of kindling as a student newspaper editor excited about covering a controversy. The article provides a reminder that it wasn’t so long ago that an entire community could be overtaken by raging, open hate of gay people and any cultural offering that dared to imagine them as deserving of respect and dignity. Of course, while broader acceptance and understanding has improved considerable over the course of the past two decades, similar instances of reactionary, ignorant intolerance crop up to this day. This piece was published by Texas Monthly.