Bombshell (Jay Roach, 2019). I assume there is noble intent behind the presence last year of two major productions dramatizing the toxic, misogynistic work environment at Fox News. I cant’ speak to the Showtime limited series that covered the same ground, but Bombshell squanders its attempt at speaking truth to power (or at least about power) by completed failing in its responsibility to turn facts into drama. As he did with his films about the disputed 2000 U.S. presidential election and the emergence of Sarah Palin on the national stage, both made for HBO, director Jay Roach is strikingly artless in his approach to the material, treating the consequence-heavy stagecraft of modern politics like a middle school rumor mill. He evidently thinks it’s the height of daring to reveal that a media outlet built around propagating a disgusting, retrograde worldview also treats its employees poorly. Charlize Theron does an able impression of Megyn Kelly (aided by some impressive makeup), but there’s no depth to the portrayal. The only performance that transcends novelty is that of Margot Robbie, playing an entirely fictional character meant to be a catch-all for the negative experiences the less-famed victims of the corporation’s culture of unchecked sexual harassment. She’s only actor on screen who decided to play a person rather than an agitated talking point.

Harriet (Kasi Lemmons, 2019). This film biography of Harriet Tubman (played with force and compassion by Cynthia Erivo) is susceptible to some of the most common flaws of the form, notably dramatic stiffness and the intrusion of mysticism as a storytelling shortcut. By avoiding the detailed difficulties Tubman and her fellow abolitionists faced when transporting slaves to freedom (some of her most crucial decisions are made after fainting spells that she attributes to God pouring useful knowledge into her), director Kasi Lemmons undercuts her own film, making the journeys less harrowing and, therefore, the tragedy less tragic. Despite its flaws, Harriet has a pull, mostly because Lemmons cannily stages scenes of Harriet’s emergence as a central figure in the movement with the veneer of assumed heroism usually reserved for the likes of General Patton and whoever Clint Eastwood or Mel Gibson has decided to deify on screen with one of their leadenly imperious directorial efforts. In a way, the squareness of the film gives it an exciting tingle of cinematic revolution. 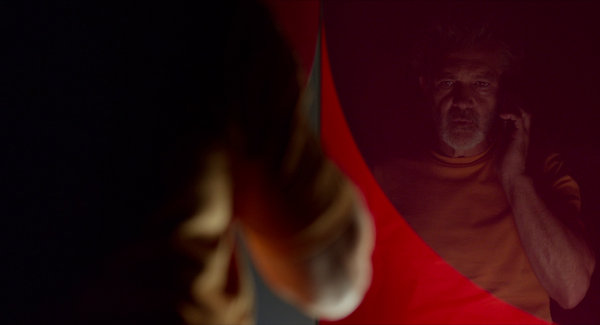 Pain and Glory (Pedro Almodóvar, 2019). This highly personal film from Spanish master Pedro Almodóvar is basically a character study of Salvador Mallo (Antonio Banderas), a much-celebrated movie director who has retreated from his craft and from society, largely because of physical ailments. The movie alternates between his present day, as he makes amends with old acquaintance and gradually emerges from his solitude, and a look at his childhood (Salvador is played as a boy by Asier Flores), marked by poverty, love for his resourceful mother (Penélope Cruz), and the feelings stirred up by a local handyman (César Vicente) with an artist’s soul. The film is low-key and lovely, movingly preoccupied with the grace that comes with accepting the truth of one’s self and others. The film’s prime attribute is the performance of Banderas, bringing care and nuance to the portrait of a deeply wounded man summoning the wherewithal to persist. In all its particulars, Pain and Glory is a strong film. Banderas’s acting takes it one level higher, nearer to the point of exquisite poignancy.