This series of posts covers my long, beloved history interacting with the medium of radio, including the music that flowed through the airwaves. 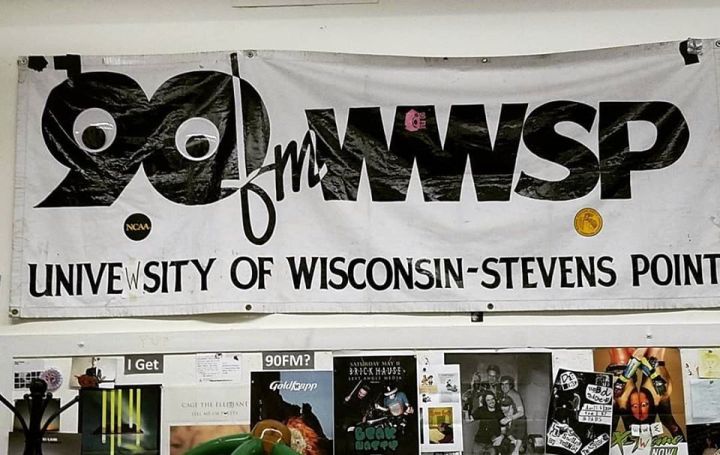 By happenstance, I was already scheduled to sit in the air chair at my college radio alma mater on a week when I was especially impressed with the student leadership currently there. Like a lot of institutions, the college that’s home to the station announced a brief shutdown in an attempt to help flatten the curve in the current public health crisis. The closure went right up to the edge of the staging of the the radio station’s biggest fundraiser, an on-air trivia contest that can reasonably claim to be the world’s largest. Though the contest is staged over the air, it requires the presence of a large number of volunteers, rotating through the station’s office across the course of a weekend. For the first time in the fifty year history of the the event, Trivia Weekend is being rescheduled, pushed to the autumn.

The contest’s main organizer and the student leadership handled the tough decision and its announcement with admirable clarity and directness. Additionally, the student programmers have clearly taken their role as stewards of the airwaves seriously. When I was on the air Sunday night, there were regularly scheduled bumpers providing plainspoken, no-nonsense facts about good preventative measures in mitigating the spread of COVID-19. And the university closing up shop for an extended period clearly hasn’t spurred the students to view the situation as an extended vacation. They remain committed to keeping the station running, even if — maybe especially when — they’re some of the only people on campus.

I didn’t really talk about any of this on the air last night. I figured I could make my contribution by simply doing the best radio show I could muster. The show wasn’t recorded, because I have a strong preference for radio remaining ephemeral. But I’ve clicked together a version of the playlist on YouTube. For anyone just interested in what I played, here’s a rundown:

Hoodoo Gurus, “Miss Freelove ’69”
Black 47, “Rockin’ the Bronx”
Plan B, “Run for Cover”
U2, “A Sort of Homecoming (live)”
The Apples (In Stereo), “Signal in the Sky”
The Charlatans UK, “The Only One I Know”
Teenage Fanclub, “The Concept”
Blake Babies, “Grateful”
King Missile, “Sex with You”
Meat Puppets, “Backwater”
The Wonder Stuff, “Let’s Be Other People”
That Petrol Emotion, “Sooner or Later”
Ladytron, “International Dateline”
Thao with the Get Down Stay Down, “Bag of Hammers”

The Beloved, “Hello”
Daniel Ash, “This Love”
The Mighty Lemon Drops, “Inside Out”
The National, “Mistaken for Strangers”
Blitzen Trapper, “My Home Town”
Kurt Vile, “Peeping Tomboy”
They Might Be Giants, “Man, It’s So Loud in Here”
Waxahatchee, “Never Been Wrong”
The Hold Steady, “Stay Positive”
Sleater-Kinney, “Was It a Lie?”
The Kills, “Sour Cherry”
The Cults, “I Can Hardly Make You Mine”
Bloc Party, “Price of Gas”
Hinds, “Garden”

Previous entries in this series can be found by clicking on the “Radio Days” tag.