Toni Erdmann (Maren Ade, 2016). German filmmaker Maren Ade puts pathos and comedy together in a way that’s borderline magical in Toni Erdmann. The title character, as it were, is a pseudonym commonly adopted by Winfried (Peter Simonischek) when he’s up to prankish behavior, gently gibing others with the gently unorthodox. When he visits his busy businesswoman daughter, Ines (Sandra Hüller), as she’s courting an important client, his restless tomfoolery tests their already strained relationship and leaves her in a state of rattled reevaluation. Ade’s sense of narrative timing is remarkable across the film, especially given a running time that exceeds two and half hours. Every piece of the film matters, but is also delivered with just enough stealth to give the weight of surprise to the emotional blows that land in the last act. Simonischek and Hüller are both similarly cunning in their performances. 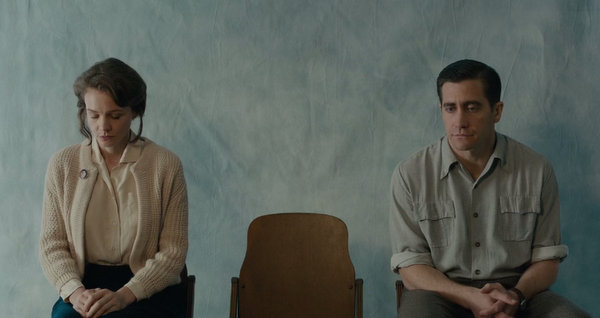 Wildlife (Paul Dano, 2018). For his feature directorial debut, Paul Dano looks to a 1990 Richard Ford novel that feels dated in its sensibilities, which isn’t a reference to the story’s 1960 setting, but instead to the wounded manhood archetype of that era of Great American Writing, when the likes of John Updike and Philip Roth reigned supreme. In writing the screenplay with his partner, Zoe Kazan, Dano doesn’t provide the sprucing up required to make the narrative feel sharp and relevant. A teenage boy (Ed Oxenbould, straining to find the nuance needed to make the role work) is trying to find some solidity in his family life, recent transplanted to rural Montana. The effort is complicated when his father (Jake Gyllenhaal) treats his insecurity around professional failure by signing on to fight nearby wildfires. In response, the boy’s mother (Carey Mulligan), who starts from a place of disgruntled unhappiness, comes a little unhinged as she tests out her newfound — and not entirely welcome — forced independence. Dano treats the material seriously, almost with reverence, which serves to deaden it. But he also allows room for Mulligan to tear into her role. She sometimes tear into dialogue with the unapologetic hamminess of late-period Bette Davis, and other times she lets a line collapse like a broken lawn chair. The performance may be too loose to be accurately termed great, but it’s a consistent pleasure to watch.

The Seagull (Michael Mayer, 2018). This adaptation of Anton Chekhov’s The Seagull proves the no source material is bulletproof when it comes to clumsy cinematic construction. The main issue is the unfocused approach of director Michael Mayer, exemplified by the wildly varying tone and quality of the performances. There are old-hand theater pros who instinctually understand how to maintain their stage boldness and precision while simultaneously dialing it back for the greater intimacy of the screen (Annette Bening, Brian Dennehy, and Mare Winningham land in this category) and younger actors who seem to be feeling their way through, so respectful of the revered writing that they are unable to invest it with the needed life (Billy Howle, Corey Stoll, and, I’m sad to report, Saoirse Ronan). And then there’s Elisabeth Moss, who, as always, operates inside an emotional kaleidoscope imported from another planet’s afterworld. Mayer’s handling of the material is so haphazard that it seems as if the film was put together by pure guesswork.