Following their well-regarded debut album, Emergency Third Rail Power Trip, Rain Parade began to splinter. Most notably, band cofounder David Roback formally departed, evidently weary of jostling with the group’s other songwriters to get a spot on the records. His closing appearance came at the end of mini-LP Explosions in the Glass Palace, on the lengthy psychedelic drone “No Easy Way Down.” Gradually transforming a bluesy guitar slink into a swelling, thumping manta, the track invites a swaying immersion into its swamp of sound, exactly the sort of mind-bent indulgence the band was glad to soundtrack.

“What I get from your statement is that you hear something in our music that you’ve experienced more directly when you were tripping,” keyboardist Will Glenn responded to an interviewer coyly hinting at altered-state listening, at right around the time of the record’s release. “I think that’s good.”

The rest of the release holds to the revival of nineteen-sixties songs while simultaneously — and understandably, given the personnel circumstances —  tentatively testing out slight, interesting modifications. “You Are My Friend” has a lovely chiming tunefulness, and and “Prisoners” is crystalline psychedelia. “Broken Horse” is careful and tender, like the Who’s “Behind Blue Eyes” if it never exploded into angry rock. Whether the band viewed Explosions in the Glass Palace as a transitional work or a humble reintroduction — or, more likely, just the product of another day at the pop music factory — the record shimmer with promise of energizing new directions. Whether that promise was truly fulfilled by the band’s next album is very much in the ear of the individual listener.

Ever After was the third full-length record by the band billing themselves as the Three O’Clock (there was a prior release under the group’s original name, the Salvation Army). It was also their second for I.R.S. Records, the label that courted radio like a deeply smitten suitor, and there a signs that the band was doing their part to try to conjure up a radio-friendly pop hit. Veterans of the famed Los Angeles Paisley Underground scene, the Three O’Clock worked with producer Ian Broudie, who’d had significant success presiding over albums by Echo & the Bunnymen. Opening track and single “Suzie’s On the Ball Now” is arguably the clearest announcement of chart intentions, melding the clever artistry of XTC with the eager synth stylings of Erasure.

Much of Ever After fits into this deliberate pop mode while also hewing closely to the retro sounds that previously defined the Three O’Clock. “Follow Him Around” is straight nineteen-sixties girl group material, complete with a take on the famed “Be My Baby” drum riff. More characteristically, a shifted Summer-of-Love sound is heard in the drifty psychedelia “Step Out of Line” and the appropriately hippie-dippie “If You Could See My Way.” It’s only when the band strays too far from its roots — as on the pillow soft “When We Can,” which has the misfortunate of forecasting the polished aimlessness of Johnny Hates Jazz — that the material takes on an unpleasant veneer. 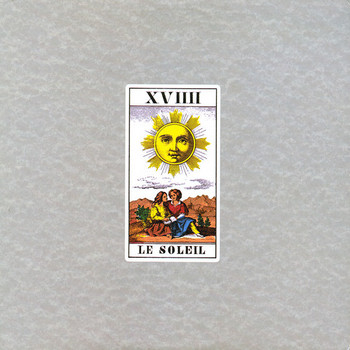 The English band the Chameleons were coming off their most high-profile release when everything fell apart. Strange Times, the band’s third full-length, was released by Geffen Records and given a hearty promotional push, which didn’t necessarily translate into crossover success but certainly burnished their reputation. Then Tony Fletcher, the band’s influential manager, unexpectedly passed away at about the same time a personal rift between bassist-frontman Mark Burgess and guitarist Dave Fielding escalating to the point of irreparable damage. The band broke up, and Burgess and drummer John Lever recruited two new guitarists — Andy Clegg and Andy Whitaker — to form a new group, dubbed the Sun and the Moon. Geffen kept ahold of Burgess and released his new outfit’s self-titled debut album.

With The Sun and the Moon, Burgess intended to move the eddying psychedelia that was the most distinctive element of the Chameleons’ sound. To further establish the seriousness of that attempt at distance, he crafted the new set of songs as a loose concept album, presuming to spread one person’s reflections on a discombobulated world across two sides of a record. The album seems less like an aspiring novel and more like a set of songs from a creator of quiet ingenuity emerging into a new era, albeit one in which he’s still more informed by his former feats than he probably would have cared to admit.

The unique creative duality of the Sun and the Moon — and Burgess — is exemplified by the track “Speed of Life,” which is post-punk edginess all ensnarled with the undulating pop reinvention of Revolver-era Beatles. “House on Fire” has a similar dark-waters churn, while “A Matter of Conscience” suggests the Cult with the heavy metal influence stripped away. The more lasting place Burgess would have on the idiosyncratic fringes of rock music is found all across the album. “Death of Imagination” and “Limbo-Land” are the songs Julian Cope might record if his sound wasn’t always teetering on the edge of madness. And “This Passionate Breed” is like one of Peter Murphy’s glistening deep cuts, all grandiose seduction. Whether he meant to or not, Burgess declared his place in the rambling army of the musical iconoclasts, and no amount of Geffen marketing money was likely to budge him. The Sun and the Moon made only one album together before Burgess determinedly went his own way.