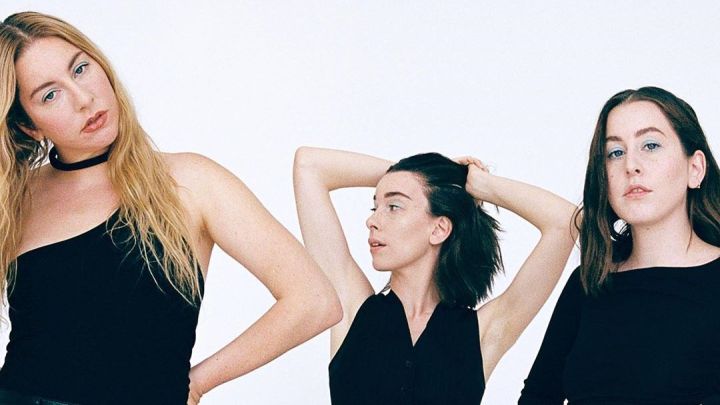 Well, the title is just about perfect, isn’t it? For their third full-length effort, Haim swing their broadswords straight at the identity shorthand that gets laid upon their music, defining their craft less by the sounds assembled and more by the gender identity music writer spy when they look at them. Women in Music, Pt. III is an inspired, melodic mediation on who they are — individually, collectively, and the places in between — and, yes, that includes the double dose of X chromosomes. On that front, “Man from the Magazine” is the prime example, sounding like vintage Joni Mitchell, right down the beautifully dismissive attitude against moronic chauvinism. “Man from the music shop, I drove too far/ For you to hand me that starter guitar/ ‘Hey girl, why don’t you play a few bars?’/ Oh, what’s left to prove?,” the lyrics recount, and the withering misery invites empathetic company.

Haim has come a long way from their dandy debut, released in 2013, and yet they still retain some of the gleaming freshness of those early days. There’s a throwback quality to their brand of pop-rock, recalling some of the finest practitioners of the form from the nineteen-seventies. But there’s also a clear attentiveness to everything around them in the here and now. Especially on Women in Music, Pt. III, the songs have been shone through the prism of the musical invention of the decades since . “3am” is a nimble modern soul number, and “Los Angeles” is a warmer, more alert version of a trip hop swerve.  “Another Try” is like TLC disguising an effort to swipe from Blondie’s “The Tide is High,” which makes it one of those glorious tracks that fills a void that I never knew was there.

Haim has acknowledged a lot of personal woe on the fringes of these songs, and the result is a sense of restless exploration, both in words and music. It’s the gratifying sound of an artist coming to terms with their own being. On “The Steps,” Haim sound like they’re ready to start up their own music club that meets on Tuesday nights as the lyrics assert tentative independence: “And if you go left/ And I go right/ Hey, maybe that’s just life sometimes.” “Leaning on You” has the verbal acuity of prime Paul Simon as it probes the mysteries of anxiety (“Was I fearless at seventeen years old/ Or was I faking it, I was just a kid leavin’ home/ Now I get scared for reasons I don’t know/ Is it just because I ain’t tough enough to be alone?”), and “All That Ever Mattered” is dreamy and propulsive at the same time. In every case, the material comes together with such perfect form and clarity that it’s like it was developed organically, growing hopefully towards a distant flickering sun.

The album is so good that I’m tempted to call out for Pt. IV as soon as possible, but that would be greedy. There’s no cause to be anxious for more when there’s already so much to savor. Haim has made a record that will last a good long time.