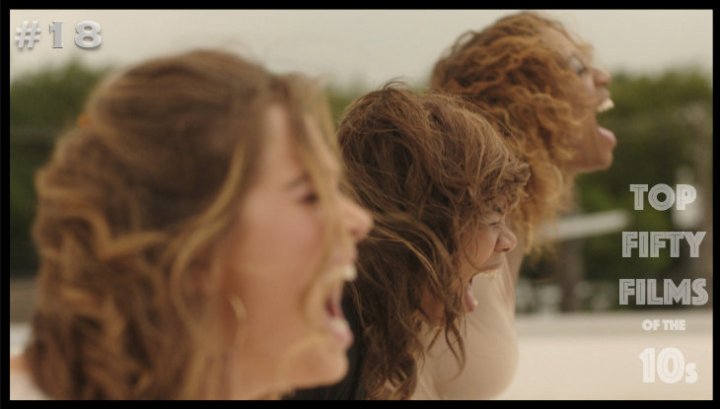 Support the Girls closes with a scene that has, in the past two years, only grown more spot-on in capturing the mood of the moment. Lisa (Regina Hall), the former manager of sports bar that include push-up bras on the dress code for employees, has unexpectedly encountered two of her former employees, Maci (Haley Lu Richardson) and Danyelle (Shayna McHayle), at a cattle-call job interview for a similar chain. The trio absconds to the roof of the business park building where they just endured the humiliating audition for meager wages, and they bond over slugs of liquor and venting about the constant misery of simply trying to get by. After swapping indignities and disappointments, there’s only reasonable recourse left to them. From the rooftop, the women scream.

Written and directed by Andrew Bujalski, Support the Girls has the structure, feel, and rhythms of a boisterous mainstream. It primarily follows one tumultuous day at a Florida restaurant called Double Whammies. Filled with tests big and small — a burglar who entered the premises overnight is stuck in the ventilation shaft, one of the waitresses had a particular bad incident in her abusive relationship, the cable is on the fritz with a major-draw boxing match on the schedule for the night — the day pushes Lisa to the brink, holding together a fraying spirit in the name of keeping her crummy job. Bujaksi’s film is very funny, and he handles the vital mechanics of comedic timing with uncommon deftness. But there’s much more beneath the surface that gives the film an echo of poignancy.

The film is committed to the honesty of the workplace it depicts and even more committed to the dignity of the characters, even when — especially when — they find themselves in demeaning situations. Across the board, the actresses in the cast avoid easy characterizations, even when there are surface archetypes to the role. Richardson’s Maci could be a cheery ditz, but she plays the role with careful layers that emphasize the character’s self-awareness, and Hall’s Lisa practically trembles with mounting exasperation yet remains solidly grounded in a basic humanity that emphasizes a real, feeling person over easy comic protagonist. Bujalski shapes the film around these performances, lingering on the most telling moments as a way to share the fullness of these lives. Put plainly, Bujalski affords the women of this drinking establishment the one thing most commonly denied them by the patrons: dignity.