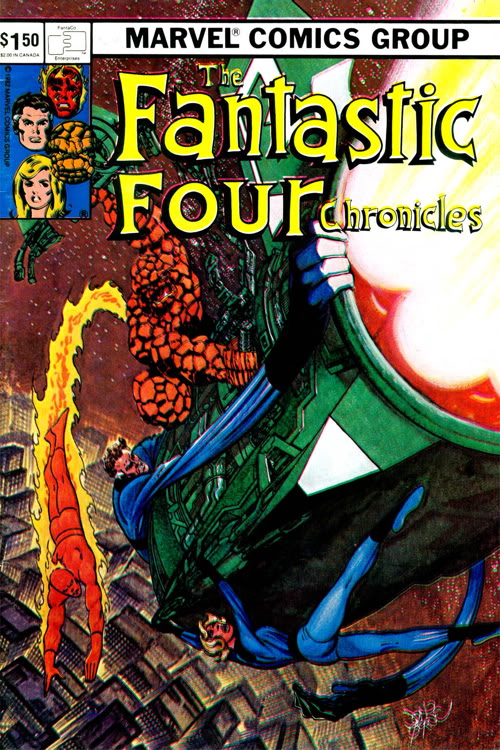 As we’ve established, I spent a lot of time reading comic books when I was a kid. I also spent a distressing amount of time reading about comics books. Maybe that didn’t put my at the top of Nerd Mountain, but I had a clear view of the peak from where I was standing. It did make a certain amount of sense. I had only a limited budget, and, by the time I reached the universes of superheroic wonders, they already had years upon years of accumulated history, stories only accessible through the purchase of pricey back issues. I was never going to be able to read that backstory directly, or, for that matter, stay up to date on the broader ongoing saga through the reading of actual issues. So, like a bibliophile who remains conversant in a seemingly impossible range of literature through intense scouring of The New York Times Book Review, I filled in the gaps with outside reading. 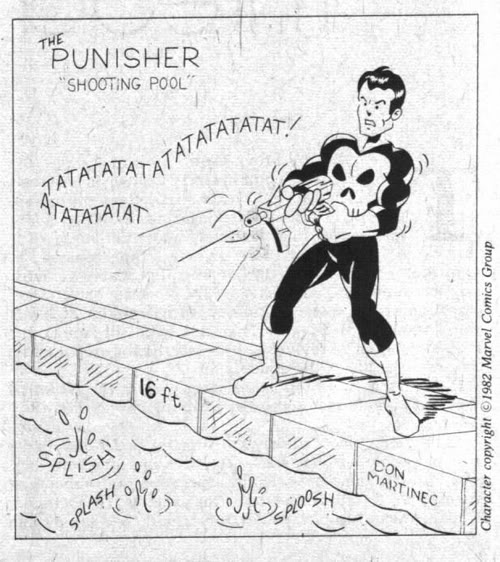 I’m not sure how I first came across the Chronicles series put out by Fanataco in the early eighties, but I managed to get every one they published. They were wordy little magazines that exhaustively documented the stories, characters and evolution of several of the most popular series from Marvel Comics. I’m guessing it was probably the issue devoted to the Fantastic Four that I picked up first since I was hopelessly drawn to anything featuring Marvel’s first family. With articles like “After the Wedding: Ambiguity and an Expanding Universe,” it offered the thoroughness I was craving with just a whiff of an almost academic seriousness that helped make the uncountable hours reading and, yes, rereading it seem reasonably worthwhile. Even when pages were turned over to Fred Hembeck, the loving satirist of superhero comics, he presented fairly straightforward histories.

Every issue was rich with insider self-assurance. There was no need to justify the value of the subject. There was an agreed-upon pact between published and reader that these stories and these characters were interesting enough to be examined on their own terms, within their own contexts. At the time, the wider media was just beginning the rash of stories about how comic books weren’t just for kids anymore (invariably accompanied by a headline with a condescending “Crash! Pow!” to reflect a certain editorial incredulous disbelief in the very premise of the article), and the labor that went into establishing the credentials of the work was exhausting. These Fantaco magazines started well beyond that first square. They were made for the true believers, right down to their punny little cartoons used as filler.

Undoubtedly the portion of the publication that thrilled me the most was also the driest and simplest. In the back there was a complete checklist of the title or character being focused on, providing a straightforward cataloging of the particulars of each issue, including creators, page count and price. Though there wasn’t actually all that much material in this section, lacking even the most basic synopsis of the respective stories contained in those old pages, I was weirdly enthralled by those listings, as if they were letting me flip through some sort of imaginary, ideal collection.

Really, it was probably as simple as this section epitomizing what I most wanted from these Chronicles: deeper knowledge of the fictional adventures that fueled my youthful obsession. It was all laid out in neat columns. Here’s what has come before, here’s what I’ve missed. If I couldn’t read the bible of the Marvel universe, which was all the comics themselves, then I could at least read a few tracts that celebrated its wonders.