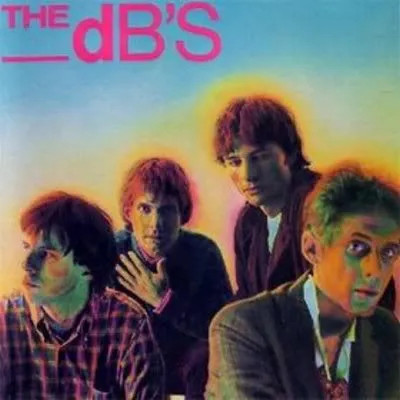 8. The dB’s, Stands for Decibels

Trouser Press wrote: “Thanks to an amazing timewarp, this band is with us right now–and almost singlehandedly saving power pop’s reputation.”

Some records announce that they’re special from the very first notes. Stands for Decibels opens with “Black and White,” a song that manages to marvelous tuneful, jangly and jittery all at the same time. It’s the same old tale of a broken love affair in the lyrics, but the flow of the song is thoroughly unpredictable, moving to its own genius rhythm as the various band members almost seem be in happy competition with one another, pushing the tension of the track further and further as it proceeds. Whether or not power pop’s reputation really needed saving at the time is probably up for debate, but The dB’s surely made it clear on their debut album that, when done well, the style could glisten like no other.

The band started in Winston-Salem, North Carolina in the late nineteen-seventies. In some respects, it was an offshoot of The Sneakers, the first significant band of Mitch Easter, who would go on to be one of the more important figures in music the following decade. Guitarist Chris Stamey, bassist Gene Holder and drummer Will Rigby had all done time with Easter’s outfit before coming together in the new group. After a move to New York City, they picked up guitarist Peter Holsapple to round out the quartet, a vitally important step as it was the give and take between Holsapple and Stamey as the chief songwriters of the band that seemingly elevated the material to completely different heights. To draw on a surprisingly pertinent example, it wasn’t the charmed camaraderie of John Lennon and Paul McCartney that created the best Beatles songs, it was the eventual attempts to continually top one another that forged musical masterpieces. Whether or not that was the case with The dB’s, that’s the vibe the record gives off. These were songs made by guys who pouring everything they had into every last moment.

Holsapple’s “Big Brown Eyes” is about as good as a pop song can get: yearning, clever and infused with an irresistible romanticism. Stamey’s “She’s Not Worried” sounds like Pet Sounds psychedelic chamber pop turned inside out and then invested with a touch of mounting eighties anxiety. The whole album can be broken down into its components like that, marvelous over the songwriting wonders and sterling pop sensibility of every last song. It’s like the little chest of 45s of someone’s dreams, giving off little gifts every time the needle is dropped anew. It’s got some of the era’s New Wave tension to it, but not enough to truly ride the trend. In fact, the band couldn’t even find an American record company that wanted to give them a go, having to release the album on the obscure British label Albion Records. For years after its release, the album was incredibly hard to come by, only getting a significant U.S. pressing after the band signed with I.R.S. Records in the late eighties.

The dB’s didn’t last very long in this incarnation. There was one more album–1983’s Repercussion–before Stamey left the band. They continued on with Holsapple taking the songwriting duties all on his own. The subsequent albums were released to reasonable acclaim and continued disinterest from the record buying public, a condition perhaps compounded by the fact that even the most laudatory reviews couldn’t help but pine for spark of the bygone line-up. The band officially called it quits after their underrated 1987 release Sound of Music failed to deliver the necessary breakthrough.

Over the years, Holsapple and Stamey remained extremely active in the music business, often finding ways to come back together and collaborate in one way or another. That’s culminated in the recent release of the first new single from the original quartet in almost thirty years, which is a precursor to a full-fledged reunion album, Falling Off the Sky, planned for release sometime in 2012.