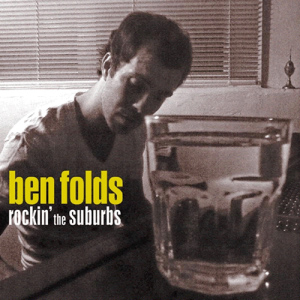 I was an early adopter of the music of Ben Folds. I read a review of the debut album from Ben Folds Five in CMJ New Music Monthly back in the day when I was scouring its pages for any palatable respite from the Pearl Jam wanna-bes that were flooding the playlist at the commercial radio station I worked for. The write-up was fine (although reading it now, it strikes me a surprisingly off-base), but it was the inclusion of the song “Underground” on the supplemental CD that came with the issue which sent me scurrying to my preferred local record store to secure a copy of the band’s debut. The song’s combination of sly humor and pop sensibilities they were both fundamental and wildly inventive was repeated throughout the entire release, and I was sold, seemingly for good. Turns out there may have been some magic in the trio, though, because the material was consistently fairly lacking when Folds struck out on his own, beginning with his solo debut, Rockin’ the Suburbs. There’s definitely some good stuff on there, but a remarkable amount of the album comes across as a tired retread, beginning with the title cut, awash in a music scene mockery that plays like a desperate attempt to duplicate the attention getting success of “Underground” (and the monologue in the middle of it is so bad that I won’t even link to the song). Folds next studio album was a bit of a rebound, but there was a truly terrible outing to come, which maybe inspired him to seek new opportunities sitting next to a Pussycat Doll on the judging panel of a reality show. 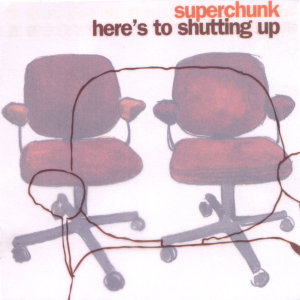 43. Superchunk, Here’s to Shutting Up

This was apparently the Chapel Hill portion of CMJ‘s year-end chart. Just as Ben Folds and his band hailed from North Carolina’s most musically prosperous college town, so too did Superchunk. In fact, the rugged, raucous outfit helped put the city on the college rock map in the first place, beginning with “Slack Motherfucker,” their defining single on Merge Records as the nineteen-eighties crossed into the nineties. By 2001, the band had a string of successes on the college charts without ever quite crossing over. As I mentioned in a “One for Friday” post a few weeks back, the overriding perception seemed to be that the album Here’s to Shutting Up was going to serve as their closing statement as a band, although I don’t recall if that was officially announced by the group or if it was just prescient speculation. Regardless, the album suited that task quite well, reuniting the band with producer Brian Paulson, who’d previously presided over 1994’s Foolish, widely considered their finest effort. Superchunk’s signature sound remained recognizably in place, but there was an added sonic richness to the music that was highly appealing. The album did wind up being the band’s last, at least until a 2010 comeback entitled Majesty Shredding which was strong enough to give the term “reunion album” a good name.

Previously…
An Introduction
50 and 49: Creeper Lagoon and Ryan Adams
48 and 47: The (International) Noise Conspiracy and Black Rebel Motorcycle Club
46 and 45: Spoon and Black Box Recorder
44 and 43: Rival Schools and Aphex Twin