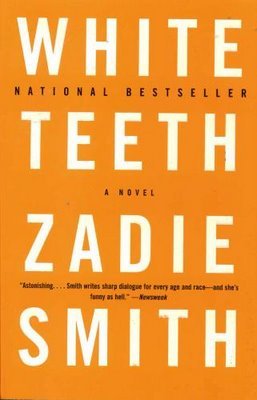 I understand and accept that I offer nothing strikingly unique to literary discourse by noting that the first Zadie Smith novel that knocked me out was White Teeth. The British author’s 2000 debut novel was one of those vivid pop culture sensations, the sort of book that everyone needed to read, properly informed opinions formulated and shared among their erudite friends and associates. It eventually won a gaggle of awards and dotted countless year-end “best of” lists, different critics competing to see who could offer the most effusive praise while anointing Smith an “important new voice.” It was a practically unquestioned requirement that anyone who cared about great writing should get their hands and eyes on it as soon as possible.

Naturally, it took me a while to finally get around to it. There were a few reasons for this, none of them good. There may have been a delay, but my reaction was right in line with the general consensus. The intertwined stories of U.K.-based families with widely different backgrounds offered a thoughtful examination of the multicultural mix that typifies modern society, and the tricky ways those different trajectories can change the path of surrounding lives. The prose itself was arguably even more impressive than the storytelling and the theme, operating with dense, immersive sentences that demanded attention. Happily, they rewarded attention too.

After that, my devotion to Smith’s writing was pronounced and near-complete. I actively sought out Speaking with the Angel, the charitably-inclined short story collection curated by Nick Hornby, largely because of the promise of a Smith short story (the terrific “I’m the Only One”), and raced through any other piece of writing I could find. I’ll admit I wasn’t unreservedly thorough, taking the advice of one my most dependable literature guides, my friend Holly, and skipping Smith’s sophomore album, The Autograph Man, in the interest of preserving the affection. This invaluable Sherpa also gave me assurances that the follow-up, 2005’s On Beauty, wasn’t just worth the time, but was again a spectacular must. Hell, if anything, it’s even better than the vaunted debut. Holly was entirely right, as is often the case in all matters relating to bound pages (and, it should be added, televised girl detectives).

Of all the writers that have been included in this series thus far, Smith is the first one who’s younger than me. That’s weirdly humbling (and, like all instances in which I’m reminded, however briefly, of my age, it causes my right knee to suddenly start to ache), but it also provides a dose of good news. I’m certain I’ll have the pleasure of continuing to read Smith’s words for many, many years to come.

28 thoughts on “My Writers: Zadie Smith”