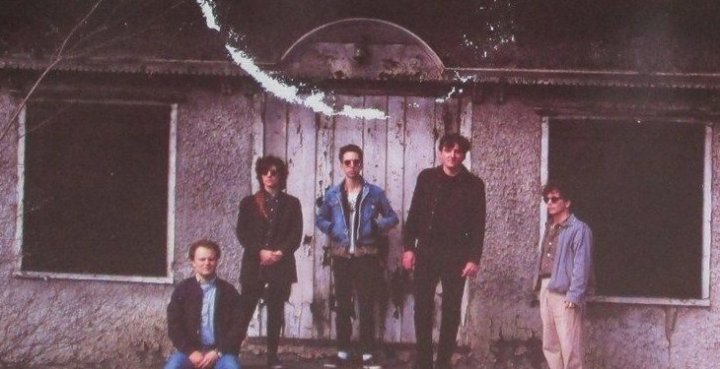 1. The Feelies, Only Life

I will likely never be able to accurately identify the first song I ever played on the radio. For one thing, it was probably a jazz song, grabbed at random from the stacks by someone less concerned with artfully programming a show and more with finding long enough tracks to give deejay trainees ample time to cue up the next offering. I could reasonably consider my “first song” to be whatever I played to open my debut night on my regular shift during my initial semester of college: Monday nights, 10:00p.m. to 2:00 a.m. While I wish I was blessed with the foresight to save those early playlists, they are lost to the oscillating waves of time. So I went ahead and decided what my first song was, using knowledge of my preferences, my suspicions over what was appropriately cool enough to disguise my own shortcomings in alternative music knowledge, and the not insignificant detail of what was in the station’s rotation at the time of my arrival. Thus, I settled on “Away” by the Feelies as the personally momentous track.

There’s another simple reason to believe “Away” is what I selected: I used it to kick off my Monday night shift a lot. Besides my pronounced affection for the song, there’s that long, beautiful ramp. The instrumental portion that opens the song at a elegant slow build lasts for one minute and twenty-one seconds before the tempo fully kicks into gear, which can be considered the first post for a deejay to hit with a talk-over. From there, there’s another ten seconds to spare before the singing starts, which is the definite spot to finish the work on the mic. At the top of my show, which was one of five weeknight programs of the late evening block dubbed Soundstreams, I had to dump out of the AP Network News audio five-minute news recap at the top of the hour, read the Central Wisconsin weather forecast, and finally introduce myself and the program, including the important business of giving out the request line number since it was ostensibly an “all-request” show. All of my on-air business could be conducted without undue rushing in the time it took for the vocals to start. Though I suspect pride in that skill has largely fallen away — by the time I was an advisor to a different college radio station around a decade later, there was minuscule interest in learning, much less mastering, that part of the broadcast deejay’s craft — I arrived at a station where and when my senior cohorts still saw nailing posts and deploying perfect segues as practically proof of personal virility.

Then again, it was my first solo flight. Surely I wasn’t ready to play around with lengthy talk-overs just yet. This was live radio, no net. Still, there’s a decent chance I played “Away” that night (my appreciation for it thoroughly reinforced by the Jonathan Demme-directed music video that was a staple of MTV’s 120 Minutes that fall). If not, I played something else from the Feelies album Only Life. I’ve no doubt. Though it was miles away from anything I’d listened to before arriving at the station, there was something about the New Jersey band’s music that I immediately found thrilling. The jittery rhythms and downbeat cast to the vocals had influencing ancestors (which the band addressed directly by covering the Velvet Underground’s “What Goes On” for the closing track on the record), but my range was limited enough that it felt complexly, shockingly new to me. I hadn’t heard music quite like this before, and Only Life presented ten tracks strong enough to prove decisively to me that I’d been sadly missing out on something great.

My added nostalgia for this particular release now acknowledged at perhaps excessive length, I think Only Life is an exceptional record, one of the three or four that jockeys in my brain for the entirely unofficial and rightly unvalued position as my choice for best album of 1988. The band’s third album has a sprightly charge, like a flint that won’t stop giving off sparks. There’s an engaging loose energy to the whole thing that belies the intricacies of the playing. The nonchalant ease and assurance of the album title is a perfect match for the songs, beginning with the album-opening almost title cut, “It’s Only Life.” As the lyrics in the charging “The Final Word” intone, “Don’t you turn back/ Yeah, it’s all right/ There ain’t nothing in the way.” That must have been how the band was collectively feeling, ensconced on a major label after years of uncertainty, defined by the fumbled release and subsequent famed unavailability of their spectacular 1980 debut, Crazy Rhythms, which in turn led to the departure of half the band and a full six years before their sophomore effort, 1986’s fine The Good Earth. The Feelies were secure like never before.

Predictably, then, the band didn’t last much longer, releasing only one more studio album, 1991’s Time for a Witness, before calling it quits. The eventual reunion did take place, including the release of a new album that is better than anyone would reasonably expect after a layoff of twenty years. The quality of the later release shouldn’t be all that surprising. Though the Feelies were a distant offshoot of the underground punk scene of the nineteen-seventies New York, most of their music had a oddly timeless quality, a sense that it was youthful rock ‘n’ roll all grown up. That’s what I hear now when I listen to Only Life tracks like the relatively sedate “Higher Ground” or “Too Far Gone,” which is as good of choice of any if asked to demonstrate the band in a single song. That’s another reason I don’t think it’s strictly wistful memory that guides my modern celebration of Only Life. It’s as though it was built to be listened to forever.