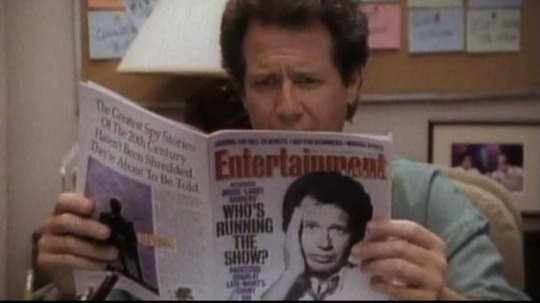 When I suggest that boxing, like comedy, is about rhythm, he nods. “My trainer, Dave Paul, he said, ‘G’—he calls me G—he said, ‘G, you have an unusual rhythm of your own that’s sort of, uh, no rhythm whatsoever. And yet that works for you, because they can’t figure you out.’ So sometimes when I’m in the ring, it’s like you can’t tell whether I’m about to tell a joke, or throw a punch, or start a punch and not finish it, or pass out. So some guys can’t read me. They come in close—just like when an audience leans in. And then I have a flurry.”

There was a lot of hoopla preceding the latest season of Jerry Seinfeld’s web series Comedians in Cars Getting Coffee, all of it centered on the major get of President Barack Obama as a guest. For me, though, the real excitement was buried deeper in the various articles previewing the whole season, whenever a writer would round out the piece by noting others slated to ride around, throw back java, and engage in what was sure to be an amiably cranky chat with the man whose eponymous sitcom earned him a mountain of money. One of the guests listed was Garry Shandling. That’s all I needed to know. At least once, I was certain to load the show up.

Shandling was one of those comedians who made the rounds of daytime talk shows when I was a kid, helping to fill the airtime between downmarket celebrities shilling their new showbiz book with the helpful urging of Merv Griffin or John Davidson. When Judd Apatow helped craft a Freaks and Geeks scene of Bill Haverchuck laughing himself breathless while enjoying an after school snack, it was Shandling the character was watching. Let’s just say my memories of seeing Shandling back then match up fairly well with that depiction. Though Apatow acknowledged it was accurate to his own experience, too, he also chose Shandling as gesture of appreciation to a man who had been a generous mentor, just as years earlier Shandling, first testing the notion of working in comedy, had benefited from the kind encouragement of George Carlin. And I’ve no doubt that, at least to a degree, Shandling was simply the clearest representation of “funny” to the producer.

While Shandling was an excellent stand-up, his most enviable legacy is as co-creator of two different television shows that can be fairly considered brilliant and ahead of their time. The Larry Sanders Show is better known, and the clear artistic pinnacle (it sometimes seemed Shandling slowed down professionally in the years after the series concluded because he’d never be able to top it). Though painfully under-rewarded by the Emmys, it was at least a regular contender, essentially serving as the trailblazer for eventual dominant awards force HBO. Though it won precious few trophies, one of them was for writing, which Shandling shared with Peter Tolan. Before that, Shandling collaborated with Alan Zweibel on It’s Garry Shandling’s Show, a spectacularly meta demolishing of sitcom tropes. Signing off on either one of these series would be enough to secure Shandling’s place among the television greats. That he presided over both puts him in another class.

Shandling clearly operated with a restless mind. That fueled his comedy and his anxiety (which, in turn, fueled his comedy further). He was wryly probing and took obvious pleasure when he landed on just the right joke. I remember watching him on an awards show, seemingly wandering away from whatever had been prepared to riff a little, to share what was lately making him laugh. The audience response was warm and grateful. Thus he kept going, finally finishing with a perfectly structured and delivered joke (which I’ll not diminish by trying to recapture it here). It was a mini master class in comedy. Shandling knew his craft, and his proclivity for intense examination meant he was at his most fascinating when he expounded upon it. That’s why I was excited for that Comedians in Cars Getting Coffee episode. Predictably, it was a joy to watch. Today I was reminded that the episode has a title: “It’s Great That Garry Shandling Is Still Alive.”