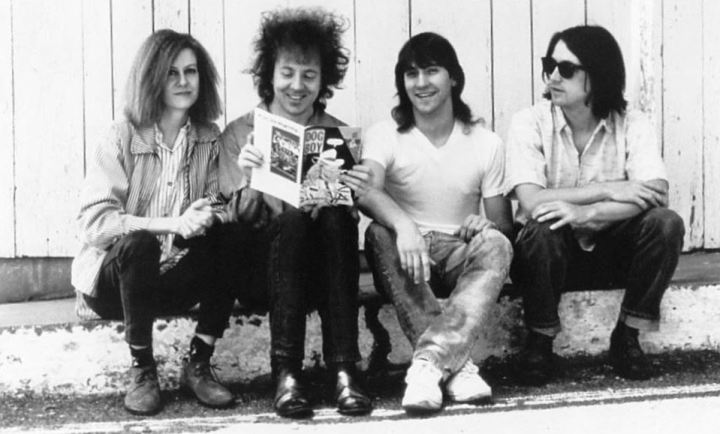 Thirty years ago, in the summer of 1988, Let’s Active released the album Every Dog Has His Day. It was the third full-length from the band, following a debut EP. Every one of those releases was a major hit on college radio, largely because of the involvement of Mitch Easter, a hero on the left end of the dial because of his role producing the earliest R.E.M. records. That success didn’t spread, though, and Every Dog Has His Day was an album preoccupied with the gap between acclaim and commercial riches. Combined with the more burnished sound found in its grooves, the album plays like one last swing at the pop stardom piñata.

The title cut is the prime example, wryly supposing parades and cheering children will eventually arrive.  “Look around/ This land of mirth/ When we came back/ They gave us the keys to Earth,” Easter sings, resignation and the faintest tinge of lingering hope in his voice. The year before, his former collaborators from Athens released a single that broke them into the Billboard Top 10. Meanwhile, Let’s Active was reaching the end of their run, adored by the faithful and ignored by everyone else. Two years after Every Dog Has His Day, Easter dissolved the band. There was never another record.

Listen or download —> Let’s Active, “Every Dog Has His Day”

(Disclaimer: It’s not clear to me how much of the Let’s Active discography remains in print, at least as physical objects that can be procured from your favorite local, independently owned record store in a manner that compensates both the original artist the the proprietor of said shop. If they’re out there, get them. Every last one is worth having. As much as anything else — including many albums that have surge in prestige since then — Let’s Active’s music is the sound of college radio during its heyday. Although I believe sharing this song in this space constitutes fair use, I do know the rules. I will gladly and promptly remove this file from my little corner of the digital world if asked to do so by any individual or entity with due authority to make such a request.)