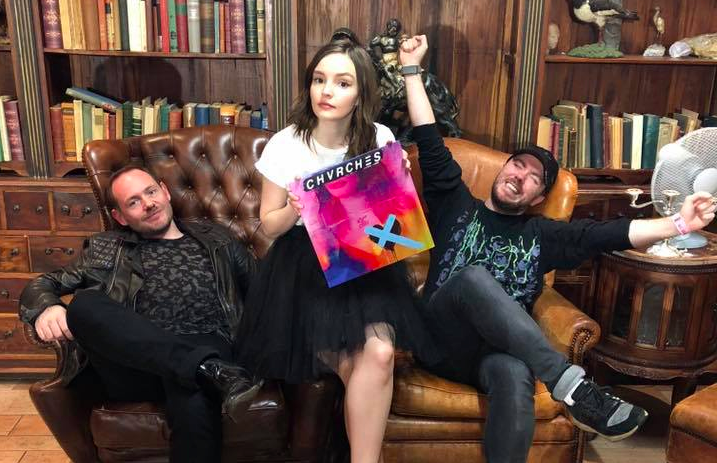 For their third full-length release, Scottish band Chvrches are making a concerted charge for broader commercial success. Despite their occasional protests to the contrary, I don’t think there’s too many other realistic interpretations of the choice to bring in an outside producer for the first time, especially since that collaborator is Greg Kurstin, known for co-writing and producing Adele’s maudlin monstrosity “Hello.” Their protests to the contrary carry a verifying defensiveness. “People are like, ‘Oh, you’ve got Greg Kurstin,’ and talk about him as if he’s like this big pop factory producer,” lead singer Lauren Mayberry told Billboard. “That belittles how good a musician he is, and the musicianship of what he’s doing. He doesn’t just go in with one thing and apply that to everybody; he’s such an intuitive person, and he listens.”

Bolstering Mayberry’s argument, the strong presence of Kurstin (in addition to co-producing, he’s credited co-writer on nine of the album’s thirteen tracks) hasn’t resulted in a significant change to the Chvrches sound. All of the band’s hallmarks are present on Love is Dead: slinky melodies, an eighties pop effusiveness, and lyrics that flitter mischievously between simple and profound, with little punches of cynicism that can be easy to miss in the romping squares of light reflected off the disco ball. The slick dance music affect was already there. Kurstin fortifies rather than remodels.

If anything, Love is Dead suggests Chvrches could have used a little more jostling. Iain Cook, Martin Doherty, and Mayberry still have enviable instincts for pop hooks and electronic rhythms, but the formula is starting to show. At their best, the tracks still shimmer with surprise. I suspect there are few other current acts who pull off the magic act of “Graves,” take the sentiment of railing against privileged complacency in a time that calls for protest (“Oh, baby/ You can look away/ While they’re dancing on our graves/ But I will stop at nothing/ Oh, I will stop at nothing”) and make it as effervescent as a freshly cracked orange soda on a summer day. When they falter, though, the result is something like “God’s Plan,” which sounds like Erasure on a day the lads are trying to punch out early. Even Mayberry’s vocals, easily the band’s strong suit, occasional suffer from too much pressing off the set style. I love the way, on “Heaven/Hell,” she sings “return” like there’s an unavoidable right angle built into the word, but I’m far less fond her choice to warp the title word of “Deliverance” into about six syllables through stuttering repetition.

It’s telling that the most intriguing tracks are distinct deviations, at least in terms of collaborators. “My Enemy” sets Mayberry in a duet with Matt Berninger, of the National, and the stateliness he brings with him like a trailing cape provides a nice contract to Chvrches’ clockwork. Then there’s “Miracle,” which enlists Steve Mac as a producer. Although his credentials are yet more gruesome than Kurstin’s, Mac seems to understand that Chvrches needs some sonic friction to movie forward creatively. It’s a small touch, but the probing melody and the rhythm track that alternates between skulking and booming cuts against Mayberry’s sweetly refined voice, even she swerves into digital manipulation.

Whatever the album’s aspirations, “Miracle” is the one cut I can truly imagine taking hold as a mainstream hit. Maybe the real secret code that reveals the reason Love is Dead wobbles is contained therein. Chvrches might have started off as indie darlings, but these days their collective heart is with the other plasticine pop purveyors in the sterilized music biz factory. The closer Chvrches gets to them, the truer they sound.