I’m bound to be enthralled by any smart story that digs into the earliest days of Sesame Street, the PBS program of my youth that was centrally responsible for elevating Jim Henson and his cohorts from oddball talents tapped for the occasional commercial or variety show spot into beloved entertainers with a very unique act. Writing for an Undark magazine series that allows authors to share material they couldn’t quite fit into their book-length works, Anne Harrington explores the purposefulness of Sesame Street‘s message of diverse inclusion, focusing on the contributions of a groundbreaking psychiatrist who helped program producers realize a slightly refined vision of the show. It was an early expression of the treatise “Representation matters.” Sesame Street helps — and still helps — build better citizens, and Dr. Chester Pierce is a major, under-lauded part of that social contribution.

An Audience of Athletes: The Rise and Fall of Feminist Sports by Britni de la Cretaz 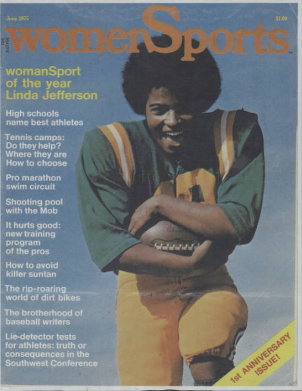 As someone who regularly laments the ever-steepening decline of print media, I’m also prone to enjoy an expert recount of a bygone magazine with a distinctive mission. So I was an easy mark for Britni de La Cretaz’s deep dive into the history of womenSports, a magazine launched in part by Billie Jean King and meant to serve an audience being entirely ignored by ongoing publications such as Sports Illustrated. The article includes so many firsthand accounts by participants in the magazine’s surprisingly lengthy, highly bumpy history that de La Cretaz can almost give the work a feel of an oral history. And she manages to subtly address the persistence of the misogyny that hindered the magazine from the beginning, but the commentary never becomes too overt or didactic. Her blog post exploring a flare-up of conversation about the coverage of women’s sports that coincidentally coincided with the publication of the main article is engaging in its own right.

Breaking: Nobody Knows What’s Going to Happen in 2020 by Rebecca Traister

As if the 2016 presidential election season wasn’t exhausting enough in its orchestrated drama and craven capitulating to a unqualified bigot, the next go-round is bound to be even worse, if only because it has, ludicrously, already been underway for months. Even the most reputable sources are signaling their coverage will be shaped by no learned lessons. The New York Times lands on our front steps every morning, and I’ve already grown irritated by how often front page stories are framed around addled speculation and depictions of supposed interpersonal conflict within the Democratic party that affords the hard work of government service — and seeking public office — with all the import of high school heartbreak. Treating elections like sporting events in news coverage is poisoning the republic. In her usual inimitable fashion, Rebecca Traister breaks down the problem with clear eyes and firm conviction, arguing for the value in backing away from the need to predict, as well as the perhaps more fervent need for those of us roiled by the current political cataclysm to seek reassurance in forecasting that assuages fears about how the coming years might proceed into yet darker, more toxic territory. In terms of the 2020 vote, Traister insists we should forget about nebulous, fundamentally unprovable concepts like electability and seek out the political figures who are actually prepared to provide concrete answers. It’s sound advice, and I hope a broad swath of the electorate takes it. I have my doubts, though.