Hailing from Melbourne, Australia — with a formative stop in the U.K. — Big Pig made a brand of propulsive dance music that feels very 1988. Eschewing guitars altogether and employing three different drummers, the band delivered joyful, singalong bombast on their debut album, Bonk. “My iron lung is rusted,” they sing repeatedly on “Iron Lung,” up against big, thumping post-disco, as if Nona Hendryx took over Sisters of Mercy. What it lacks it intricacy, it make up for in headlong bravado. Big Pig plays like its their musical effort alone that’s keeping the merry-go-round spinning.

Oher Witer claimed part of his impetus in forming Big Pig was a performance of Japanese taiko drummers he saw, and the band’s overstaffed percussion system continually tips their sticks to the inspiration, if only in the exhausting fervor of the beat.  “Hungry Town” recalls Bow Wow Wow at their most rhythmically crazed, and notable hit “I Can’t Break Away” delivers the catchiest thunder available, adding just a hint of goth menace to keep it interesting. The model doesn’t work as well when the tempo slows, as evidenced by “Boy Wonder,” which skates perilously close to Roxette’s part of the rink. And a similar misfortune befalls any cut that endeavors for commentary of any complexity, such as “Money God,” which takes aim at televangelists, a favorite target of pop song ire at the time.

The band got an extra boost when “I Can’t Break Away” played over the opening credits of the 1989 film Bill & Ted’s Excellent Adventure, but that wasn’t quite enough to deliver broader crossover success in the U.S. Big Pig’s follow-up album, You Lucky People, wasn’t released beyond Australian shores, and the band broke up shortly thereafter. 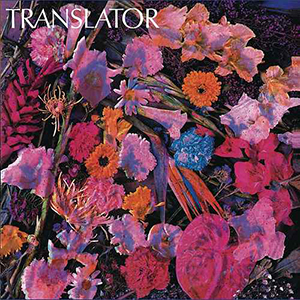 Translator was one of those bands that could trace their success directly to college radio. It was the popularity of a demo tape they’d sent to KUSF-FM, the student station at the University of San Francisco, that got the band signed to local label 415 Records. Like other bands on the roster, Translator benefited immeasurably from the unexpected gift of major label Columbia Records entering into a distribution and co-branding agreement with 415, suddenly providing more exposure than could have been previously imagined. The ink way drying on both Translator’s deal at the Columbia pact at roughly the same time. With a straightforward rock sound, Translator seemed perfectly poised to become of of the breakthrough acts on the 415 roster, but it never quite came to pass.

For the band’s third album, a self-titled effort, there seemed to be a concentrated attempt to leverage their potential into radio and MTV play. Producer Ed Stasium, then best known as the go-to studio impresario for the Ramones, was enlisted, presumably to give Translator a dose of toughness. Instead, the resulting record sound slick and surprisingly passive. Wispy and generic “Fall Forever” and similarly bland and agreeable “Inside My Mind” are wholly typical tracks. Gently chiming “Come with Me” exhibits the stultifying caution further in lyrics that seem salvaged from the tattered pages of a high school student’s Mead notebook (“Now the streets we walk are still/ And the rain has gone away/ And I don’t know ever what made me so afraid”).

There are tracks that add some welcome ripples of sonic ambition, such as the college rock churn of “Friends of the Future” or “New Song,” which has a pleasing psychedelic tinge. And “Heaven By a String” sounds like Modern English on a double espresso, which isn’t necessarily great, but it’s at least something a little different than earnest rock that wouldn’t cause the faintest tremor in a cultural boat.

Translator and the label heads must have thought they were onto something, as Stasium was invited back for the band’s fourth album, Evening of the Harvest, released in 1986. That would prove to be the band’s final recording, at least until the almost inevitable revival several decades later. 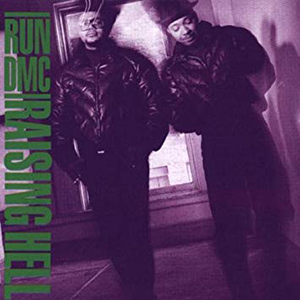 “The guys in Run-D.M.C. are so full of themselves, they’d be completely obnoxious if they weren’t right,” wrote Mark Coleman in the laudatory Rolling Stone review of Raising Hell, the third full-length from the rap trailblazers and icons.

There’s no overstating how completely Run-DMC set the template for practically of the rap that followed them. Until at least N.W.A., every mainstream rap act was essentially doing an impression of Run-DMC, freely pilfering their rhythms, attitudes, verbal musicality, and expert use of turntable manipulations as an act of scrappy creativity. There didn’t need to be powerful political statements to make the music come across as truly revolutionary. On Raising Hell, the rascally fairy tale pilfering of “Peter Piper” or the effortless comedy of “You Be Illin” stood so far apart from what anyone else was making that they were like dispatches from another timeline. Cuts such as “It’s Tricky” and “My Adidas” are flat-out dizzying in their bizarre command of the pliability of language, making simple statements resound like the most erudite poetry.

Raising Hell is probably best known for “Walk This Way,” a cover of Aerosmith’s late-nineteen-seventies Top 10 hit recorded in collaboration with the band. It became an MTV smash and the first Run DMC single to cross into the Billboard Top 40, peaking at #4. Its success had a longer lasting impact on Aerosmith than Run-DMC. The Boston hard rock outfit’s career was cratering, but the collaboration completely revived their prospects. Much as “Walk This Way” is held up as an inspired merging of rap and hard rock, but the same tactic is employed to even more satisfying effect in the machine gun beats and squalling guitar of the title cut.

The album closes with the pointed “Proud to Be Black,” which declares its intentions directly: “Listen party people here’s a serious song/ It’s right not wrong, I should say right on.” Run-DMC then goes on to provide a furious jam that’s part history lesson and part manifesto, miles away from the odes to sneakers and speakers that dominate their oeuvre. The statement is clear: Run-DMC could pull off absolutely anything.

Boasting the exemplary songwriting skills of frontman Scott Miller, the California band Game Theory was adored by college radio programmers and could get only the barest attention from the other corners of the music business. That hardly made them outliers in the nineteen-eighties, but some of their brethren — led by the superficially similar R.E.M. — were starting to break through, and yet Game Theory still toiled away almost entirely to the favor of kids around the age of twenty. 2 Steps from the Middle Ages, the band’s fifth full-length studio effort, was a deliberate attempt to change the trajectory.

Produced, as usual, by Mitch Easter, the album is full of smart songs, drawing equally from roots rock and power pop. Despite Miller’s concerted attempt to write hit singles, the bulk of 2 Steps from the Middle Ages fits squarely in the established Game Theory sound, with only the occasional flourish here and there to differentiate it. There’s a touch of hard rock snarl to “What the Whole World Wants” and a swirling sound on “Amelia, Have You Lost” that tags it as cowpoke psychedelia. Mostly, the material is just well-constructed songs played with expert care, which is triumphant enough. “Rolling with the Moody Girls” is light and charming, “In a Delorean” has a jittery verve, and “Throwing the Election” is downright fantastic in its easy cleverness. “Wish I Could Stand or Have” sounds a little like XTC as an Americana band, an observation that sits mighty high on the towering spectrum of college rock-derived compliments.

Perhaps predictably, 2 Steps from the Middle Ages didn’t provide the commercial crossover Miller and his cohorts sought, in part because the band’s label, Enigma Records, folded shortly after the album was released. Game Theory didn’t last much longer, either. Miller assembled a new lineup for touring purposes, and Game Theory recorded a couple songs for the 1990 compilation Tinker to Evans to Chance. Then the Game Theory name was set aside, and Miller transformed the group into the Loud Family, which was destined become even more of a rarified cult success throughout the nineteen-nineties.