The Uninvited (Lewis Allen, 1944). Based on a Dorothy Macardle novel, director Lewis Allen’s feature directorial debut is widely cited as the first movie to depict ghosts as spectral entities that might actually exist in the world, moving amidst living beings because of some elusive unfinished business in the world. To at least some degree, every subsequent film that treats ghosts seriously can be traced back to this effort. In the film, siblings Roderick and Pamela (Ray Milland and Ruth Hussey) impulsively purchase an abandoned manor on the coast of Cornwall, seeing it as a welcome refuge from the hustling stresses of the city. They soon find the house comes with a chilling added presence and launch efforts to determine how the troubled history of the previous owners might help explain the haunting. Allen achieves a nice gloomy atmosphere with the house, and the script — co-credited to Frank Partos and The Hundred and One Dalmatians novelist Dodie Smith — properly balances rapidly eroding incredulity with mildly exasperated wit. The leads are fine — both Milland and Hussey opt for a bland, capable approach fairly common in the nineteen-forties — but the supporting cast is peppered with wonderful, idiosyncratic turns, led by Alan Napier as a local physician roped into the supernatural sleuthing and Cornelia Otis Skinner as a menacing sanitarium operator.

The Last Black Man in San Francisco (Joe Talbot, 2019). Scraping by the in the money-draining city of San Francisco, Jimmie (Jimmie Falls) is obsessed with the upkeep of a large Victorian house, causing him to sneak onto the property to tend the garden and touch up the paint when its residents are away. In this strange endeavor, he’s usually joined by his friend Montgomery (Jonathan Majors), a soft-spoken man always surveying his environs and then scribbling in his notebook, engaged in a seemingly permanent creative process. That’s the set-up of The Last Black Man in San Francisco, the feature directorial debut of Joe Talbot. Drawn from the real experiences of Falls, the film is elegant and insightful, calling back to independent films of the nineteen-eighties and -nineties that delved deeply into characters existing in a distinct place and time. Talbot displays a talent for image construction that’s almost startling in its ability to find beauty in the mundane, and every bit of the film’s mechanics — Adam Newport-Berra’s cinematography, Emile Mosseri’s music, David Marks’s editing — is utterly superb. Both main actors are vibrant in their roles, with Majors proving especially inventive in keeping the humanity prominent in a character that could have easily been reduced to an actorly stunt. The Last Black Man in San Francisco is absolutely extraordinary. 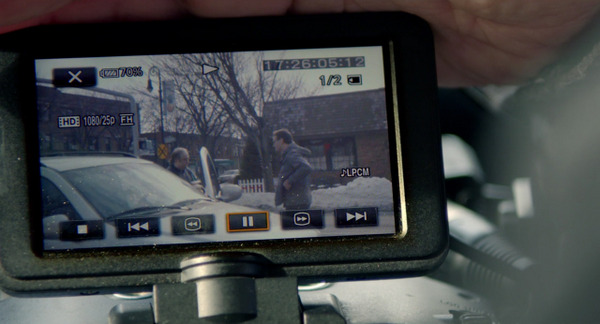 Tickled (David Farrier and Dylan Reeve, 2016). In this documentary, New Zealand reporter David Farrier, who specializes in offbeat stories, is tipped off to the presence of tickling videos online featuring young adult men bound and subjected to skittering fingertips against sensitive areas likely to provoke giggle fits. Branded as if they’re part of a loopy sports league, the videos raises suspicions in the Farrier, and he quickly determines there might be more insidious motivations behind the fetishistic clips. He partners with producer Dylan Reeve for his onscreen detective work, including the occasional ambush interview, taken straight from Michael Moore’s now dog-eared playbook. Tickled is constructed with practiced looseness and unconvincingly feigned jolts of surprise reminiscent of Henry Joost and Ariel Schulman’s Catfish. The basics might be true, but the presentation is overly reliant on cinematic hucksterism. There are callous opportunists to be found here, well worth exposing. But Tickled is wobbly in terms of its own creative ethics. The film undercuts itself.