My time in high school math classes predated the introduction of the TI-81, the graphing calculator that serves as the starting line for Maya Kosoff’s article, published at GEN. Even by that point, though, there were a subset of my fellow students who showed up with the advantage of blocky behemoths of advanced calculation made by Texas Instruments. The piece traces how the class divide was poured in concrete, in part because Texas Instruments manipulated education policies to essentially mandate use of their expensive devices. It’s one of those hidden examples of how corporations keep themselves viable in part by coopting policy-making that is supposed to be strictly focused on the public good.

In a Chaotic World, Dungeons & Dragons Is Resurgent by Ethan Gilsdorf

Reported by Ethan Gilsdorf, for The New York Times, this article doesn’t exactly go deep on the famous creation of Gary Gygax and Dave Arneson. It’s still highly entertaining as it simultaneously marvels at the sense of community Dungeons & Dragons engenders and takes a newsy look at some of the factors that helped the role playing stalwart find a new cultural foothold in an era of online gaming, an often interconnected and yet comparatively isolating pursuit. 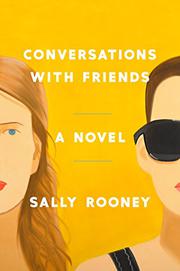 Conversations with Friends (2017) by Sally Rooney

I’ve been excited to read the fiction of Sally Rooney ever since The New Yorker offered a profile of the Irish author earlier this year. Her first novel, Conversations with Friends, doesn’t disappoint, zinging along with a combination of modern sensibility and the most sturdy and classic storytelling craft. The plot hinges on the sort of illicit happenings that have driven novels for generations, and it’s fascinating to see a bright, anxious, millennial perspective applied to one of these highly Updike-ian (or Roth-esque, if you prefer) progressions of a wounded life bandaged up by impulsively hedonistic choices. Rooney uses an abundance of telling, terse dialogue without ever letting that book fill like a screenplay in waiting, mostly, I think, because she deftly shows how inner lives often contradict outer statements. I’m glad I’ve already got Normal People on the tall stack of to-be-read books.