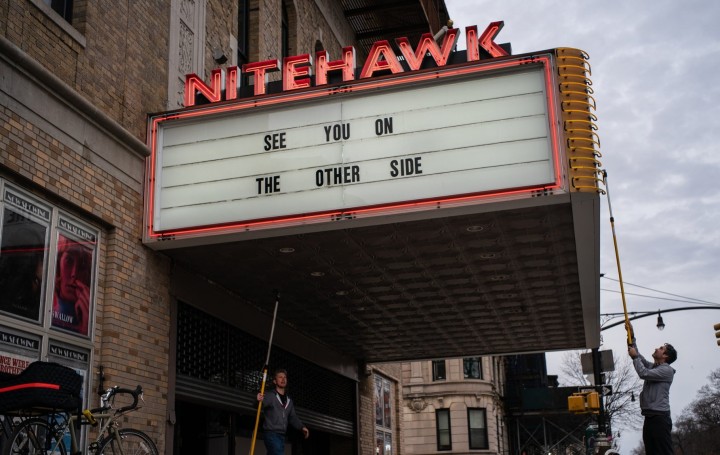 She Finds Meaning in the Dark by Manohla Dargis

In this strange, unsettled time, there are many who are facing far greater hardships than me and most of my friends. For this I am a grateful. But everyone’s context is their own, and few things make the wide-ranging shutdowns hit home for me like the indefinite closing of movie theaters. Writing for The New York Times, Dargis expresses the feelings of the change better than I could, probably in part because she has a lifelong relationship with moviegoing — including childhood trips to see French New Wave classics in the initial New York runs — that I can only fantasize about. 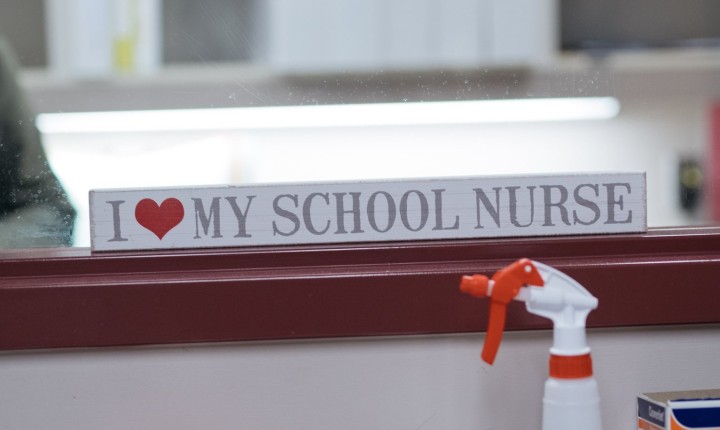 Meet the Firefighters, Nurses and Janitors on the Front Lines by Sarah Mervosh

Also in The New York Times, Sarah Mervosh writes brief profiles of four different professionals who are ramping up as everyone else shuts down. When we cross through to the other side of this almost entirely unprecedented situation, these are the people who need to be celebrated and — if our economic system worked properly — rewarded properly. On a daily basis, we’re learning big lessons about which jobs are truly vital for the functioning of our system. Our collective relief when the pandemic abates should be joined by a demand for shifts in compensation structures, moving salary away from paper-shufflers and money-movers and to individuals who provide needed services every day.

Just remember: When the morally bankrupt conservatives try to shift blame away from the inept slug to whom they’ve pledged their allegiance, this all could have been different if they executive branch weren’t filled with grifters whose sole interest is making money for themselves and their soul-curdling private-industry backers at the expense of citizenry that they see as either exploitable or expendable. For GQ, Julia Ioffe reports on the valiant efforts of researchers who persevered in the name of the public good, even as their efforts were consistently undermined by the gang that couldn’t govern straight.

The Vegetarian (2016) by Han Kang, translated from the Korean by Deborah Smith

Aching and elegant, Han Kang’s novel centers on a young wife who stops eating meat, to the immediate consternation and even outsized rage of her family. The book is divided into three different sections, as the woman’s choice grows more extreme and the situations around her similarly escalate into the bizarre. Kang’s prose is sharp and direct, conveying emotion with the simplest strokes. The story builds a cumulative power, conveying the multiple ways social structures force women to give up their autonomy, especially control over their own physical beings.