As so often happens in rock ‘n’ roll, Ian Hunter’s career trajectory was hampered by ugly business entanglements. The former Mott the Hoople frontman developed a modest but noticeable presence on the U.S. scene with his first two records under his own name. As Hunter readied his third solo outing, Overnight Angels, he split from his management, prompting his U.S. label, Columbia Records, to put a hold on the North American release of the record. By the time Hunter got matters sorted out, too much time had passed, and Columbia opted against any sort of release for the album in the U.S. For Hunter to reassert himself in the marketplace, his next album needed to be especially strong.

For the first time since his 1975 solo bow, Hunter enlisted the help of Mick Ronson as producer. After An abortive attempt to work on the album in England, Hunter and Ronson embarked for New York City. A favor was called in, and members of Bruce Springsteen’s E Street Band were recruited to be the session musicians behind Hunter. After three months of prep work, Hunter knocked out the album You’re Never Alone with a Schizophrenic with about a month’s work in the Power Station studio.

The album Hunter delivered is a loose, light-footed example of prime nineteen-seventies rock ‘n’ roll. Ronson’s vaunted tenure as a Spider from Mars is probably most evident on the punchy and enjoyable “Life After Death,” but there’s discernible evidence of drawing from David Bowie’s sense of grand invention and happy showmanship all over the album. “Just Another Night” has easygoing rock swing, and “Cleveland Rocks” is freewheeling, unabashed fun, though it admittedly sounds thin in comparison to the more famous cover version that arrived several years later.

The beautifully weary ballad “Standin’ in My Light” references the New York Dolls (“You took my pictures from your walls/ Ain’t gonna trade with the pain of the New York Dolls”) and asserts itself as a worthy extension of the music of the punk progenitors, at least in terms of its raggedy bombast. The other slow, deliberate songs on the album represent Hunter’s creative weak spot. “The Outsider” is a dreary power ballad, and “Ships” is so saccharine that Barry Manilow was able to take it all the way into the Billboard Top 10 later that year. Of course, Manilow’s version of the song probably made Hunter, as the sole credited songwriter, more money than the rest of Hunter’s solo output to that point.

The sophomore release from San Francisco–based band Huey Lewis and News looked like a breakthrough. After their self-titled debut came and went with barely a ripple two years earlier, the group took the product into their own hands, self-producing Picture This. The album’s first single, “Do You Believe in Love,” was a hit, climbing all the way to the Top 10 of the Billboard chart. Written by Robert John “Mutt” Lange, a collaborator of the band from back in the days when they worked the California clubs as Clover, the song was perfect for people who liked Cheap Trick but found them to be a little too edgy.

The rest of the album is in a similar mode, scattering a few borrowed songs among the originals, as if to emphasize the band’s origins as a bar circuit toilers. “Giving It All Up for Love,” is a prime example, dishing up a passable bar band take on a quasi-disco track from the solo debut of Thin Lizzy’s Phil Lynott. “Whatever Happened to True Love”  shows off the band’s soppy, and “Tell Me a Little Lie” is easy going light blues, with a touch of the Police about it. And “Workin’ for a Livin,” which just missed the Top 40, is made for drunken Friday night singalongs, beer bottle raised high in solidarity.

To some, Picture This probably seemed as big as Huey Lewis and the News could get, and their label, Chrysalis Records, felt no particular urgency to get out the band’s next album, delaying so long that the group had to return to playing their old local haunts to make ends meet. When the third album finally did hit, it proved that Huey Lewis and the News could get much, much bigger after all.

ABC was on their third album and already in need of a comeback. Following the hit debut Lexicon of Love, the band — primarily comprised of singer Martin Fry and guitarist and keyboardist Mark White — suffered a significant commercial and critical setback with their sophomore outing, Beauty Mark. After two years — an eternity given the demand for quick turnaround in the U.K. pop scene of the early nineteen-eighties — the duo returned with two largely inconsequential new members and an album that eagerly courted success. As a title, How to Be a Zillionaire is a cheeky provocation, as cynical an attempt to preemptively mock external proclamations of failure as anything perpetrated by the Replacements, the acknowledged masters of the form.

As the title also promises, How to Be a Zillionaire is an exercise in excess. ABC is committed to putting every idea they have onto the record, all of their choices squarely within the synth-pop trends of the day. Sometimes, their previous command is still evident, as is the case with “Be Near Me,” which practically shimmers with expertise, or the controlled romp “15 Storey Halo.” More commonly, cuts simple get away from them, and no one involved seems much to care. “(How to Be a) Millionaire” is like Pet Shop Boys if that group didn’t really know how to scale up their pop opuses, and “Vanity Kills” is a plain mess, sounding like Teena Marie teaming up with the Escape Club. Sometimes, as with the roll call element dribbled into “A to Z,” it feels like a desperation to keep adding is the only thing driving decisions.

Home in the U.K., music fans still weren’t buying it, figuratively and literally. How to Be a Zillionaire was the band’s weakest-selling album, and the singles mostly floundered. It was a different story in the U.S., where “Be Near Me” became ABC’s first Top 10 hit. 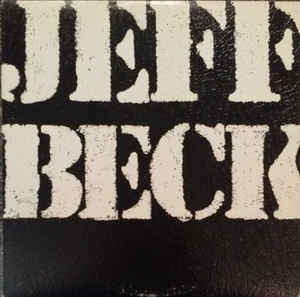 Fans of Mid-South Wrestling in the early nineteen-eighties knew at least one track — or one riff, anyway — off of Jeff Beck’s There & Back. For several years, “Star Cycle” provided the theme music for the televised bouts of the regional professional wrestling league. In addition to being a nifty bit of trivia, that fact provides an accurate summation of the material on Beck’s third solo album, which was also his first full-length studio effort in four years. Devoted fans of Beck’s guitar playing can likely find plenty of enjoyment in pondering the intricacies of his fingering. For anyone else, this set of instrumentals is pure background, as suited to a cursory signal that burly grapplers are about to grace the screen as devoted attention with heavy-duty earphones in place.

Cataloging the album requires little more than citing the marginal differences from track to track, whether noting the Van Halen beat on “Space Boogie” or the sleepy blues stylings on “The Pump.” There’s more skillful yet pedestrian fusion on “El Becko,” and “You Never Know” puts a mildly funky workout behind the guitar noodling. There were dozens of regional wrestling leagues filling airtime on the UHF dial around the time of There & Back, and Beck could have soundtracked every one of them.