If the Academy of Television Arts & Sciences can go ahead and pretend they can proceed with the usual glad-handling and self-congratulation of an awards season, I guess I can keep up my corresponding tradition. Tradition holds that the day before the annual announcement of a new set of Emmy nominations announcement I use my little corner of the digital world to expound of what I consider to be the best of television, or rather the mass of entertainment and informational offerings delivered through a variety of platforms that we’ve collectively agreed qualify for the modern definition of television.

I believe I’ve accurately adhered to the calendar of Emmy eligibility. (Michaela Coel’s I May Destroy You will have to wait for next year’s list, I’m afraid.) For ongoing series, the relevant season is noted for clarity. 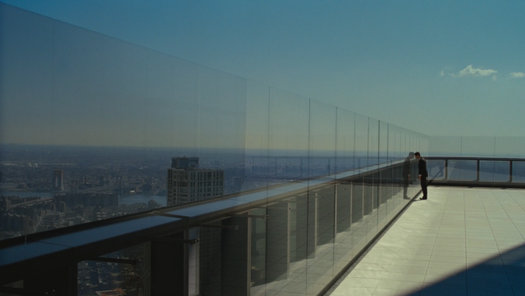 #1 — Succession, season 2 (HBO). Created by Jesse Armstrong, the series depicting the ups and downs of the media magnate family the Roys was an amusing, uneven diversion in its first season. While maintaining its strengths, Succession improved dramatically in its second batch of episodes, delivering a scathing assessment of the dire human circumstances that come with corrosive wealth and power. The bruised-knuckle writing was consistently exciting and often hilarious, all delivered by an exceptionally skilled cast that found the humanity in their despicable characters.

#2 — Better Things, season 4 (FX). In the second season in which she had full creative ownership of the program she co-created, Pamela Adlon carried Better Things to a place of true magnificence. Boundless creativity and profound emotion combine to make a series that moves to the bittersweet beauty of life itself. Adlon once again helmed every episode, and she’s developed a graceful, exquisite visual style that sets her apart as nothing less than one of the best directors working today.

#3 — Watchmen (HBO). It’s an act of enormous hubris to concoct a television sequel to the masterpiece comic book series Watchmen, written by Alan Moore and drawn by Dave Gibbons. It’s a feat of creative prowess to pull it off. Wracked by the neglected history of police brutality and systemic oppression of Black citizens, the series has only grown more pertinent in the months since it originally aired. Damon Lindelof and his wisely chosen collaborators made a show that is vital for the current moment.

#4 — Better Call Saul, season 5 (AMC). The prequel to Breaking Bad continues to impress. The penultimate season of Better Call Saul might be its strongest yet, in part because the two major storylines moving in parallel were both equally strong and synched up better. In addition to continuing excellence of Bob Odenkirk and Rhea Seehorn, the season boast a ludicrous charismatic turn by Tony Dalton as the villanous Lalo Salamanca.

#5 — Evil, season 1 (CBS). The most mysterious part of this dark procedural is precisely how Michelle and Robert King keep managing to get such wild, freewheeling shows onto the most staid of broadcasting and streaming platforms. Evil sometimes careened around like a bumper car off its pole, but that only enhanced its warped pleasures.

#6 — Insecure, season 4 (HBO). The ongoing series from Issa Rae found new life building a season around the crumbling friendship of Rae’s lead character and her best friend, Molly (Yvonne Orji). The astute, uncompromising observations about the way people grow apart lent added poignancy to the general commentary on the fragility of all human relationships.

A stand-up comedy special that also serves as a moving memoir, Gary Gulman delivers material shaped by his lifelong struggles with mental illness. Consistently funny, the program is interspersed with offstage footage, including Gulman’s exceedingly telling visit with his mother. 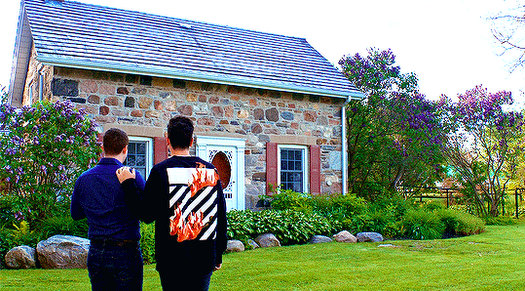 #8 — Schitt’s Creek, season 6 (Pop). Consider this a bit of a make-good, since earlier seasons of the comic wonder conceived by Dan and Eugene Levy probably belonged on at least some of the previous sets of ten linked below. For the final season of Schitt’s Creek, the whole team rightly enjoyed a warm, joyful victory lap.

#9 — Unbelievable (Netflix). In adapting an investigative journalism article by the Marshall Project and ProPublica, this Netflix miniseries is a modest powerhouse, showing the myriad ways the justice system not only fails women, but actively works against them. Kaitlyn Dever is heartbreaking as a victim of sexual assault.

#10 — Los Espookys, season 1 (HBO). Inspired kookiness flows freely through this comedy series about a group of friends who preside over a fledgling business that stages horror scenes for clients. Los Espookys is a nimble, giddy pleasure.