When Geffen Records signed Huang Chung, there was an immediate suggestion about the band’s name. They could keep it, but a change of spelling was advised, prompted in part by a noticed tendency among the uninitiated to pronounce the first word as “hung.” The band members acquiesced, opting for a rendering of their name that was more phonetically friendly for English language speakers. When the band’s sophomore album, Points on the Curve, was released, the official billing was Wang Chung.

All involved were likely committed to smoothing the path for listeners because they were confident there was a hit waiting to happen. After originally releasing the song as a standalone single, in 1982, Wang Chung rerecorded “Dance Hall Days,” a crafty, catchy new wave number that burrowed into the psyche. Given a hearty push by Geffen — and embraced by MTV — the cut became a worldwide Top 40 hit, including in the U.S., where it peaked at #14 and topped the dance music chart. No other offering from the album had the same broad appeal, but “Don’t Let Go” also managed to climb all the way to the peak position on the Billboard dance chart.

Wang Chung show an inconsistent but undeniable knack for inventive pop music across Points on the Curve. “Wait” has a tingly charge, and “Even If You Dream” moves with a jittery funk that suggests Talking Heads, albeit without the edge of brilliance. The obvious ambition often exceeds the band’s capabilities, at least at this point, resulting in a track such as “True Love,” which sounds like Roxy Music and Frankie Goes to Hollywood engaged in an awkward collaboration. The album lapses into the realm of the dire with the ghastly ballad “Devoted Friends” and the bland “Don’t Be My Enemy,” puts a lot of the worst ideas of eighties pop — sax solo, mechanized rhythm, buttery vocals — in one place.

By the time Points on the Curve finished its run as a priority release for Geffen, the name Wang Chung didn’t seem so odd. Fortified with the credibility that comes with a hit record, the band sought out bigger and better opportunities. They were determined to established themselves a a major act, and, for a time anyway, it seemed they were going to do exactly that. 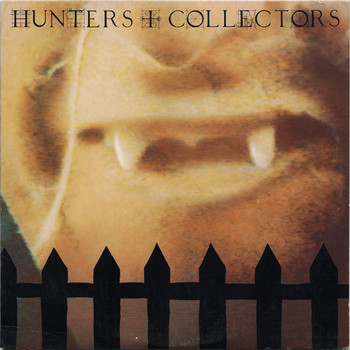 Based in Melbourne, Australia, the band Hunters & Collectors took their initial inspiration from the some of the most complex and challenging artists of the nineteen-seventies. Devoted fans of Krautrock, the band took their name from a Can song and borrowed the genre-rattling practices of that band and others. But the odd sounds were coupled with an earthy sense of rock craftsmanship that surely played well in the Down Under pubs. Across the early–nineteen-eighties, the group released several singles and EPs which provided the foundation for Hunters & Collectors, the album that served as the proper introduction to international audiences.

The self-titled album is muscular and intensely certain, rattling speakers with the snarling sounds “Towtruck” and offering a slyer seduction with the drifting rock of “Lumps of Lead.” The exploratory nature of the band’s music shows up on “Talking to a Stranger” a wild, twisting jam that was a modest hit in Australia. There’s an impressive scale to the band’s songs, stretching concepts and finding new wrinkles in the sonic textures they create. “Run Run Run” careens for more than nine minutes, sounding a little like the band U2 might have become if they had never fallen prey to the pretensions that were at once their greatest strength and damning weakness.

Following this opening salvo on the world stage, Hunters & Collectors spent the next decade or so tightening their material, evidently with a hope that they could break through as a major rock act. They bounced around to different record labels without ever quite breaking through, but they made some dandy music along the way. 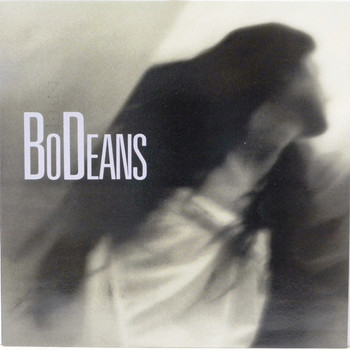 After T-Bone Burnett was hired to produce the debut album a scruffy band out of Waukesha, Wisconsin recently signed by Slash Records, he had a message for his new charges. Burnett reportedly told them to go home and learn how to play their instruments. And so BoDeans began their journey in the greater music business.

Whether the band members ever honed their skills to Burnett’s satisfaction, the producer opted to record the material with minimal adornments. Love & Hope & Sex & Dreams, BoDeans’ debut album, has a homespun quality, as if Burnett was trying to recapture the sense of charming amateurish that was rife in the earliest days of rock ‘n’ roll. These kids from the heartland were positioned as descendants of the likes of Buddy Holly, making songs with sweet melodies and earnest emotions all delivered with a sheen of aw-well-shucks purity. Accordingly, tracks such as “She’s a Runaway” and “Fadeaway” have a chiming charm. The wisdom of Burnett’s strategy is maybe exemplified by “Angels,”its nifty guitar riff and keening tunefulness giving it the feel of a junior division version of Bruce Springsteen gleefully aping his beloved sixties pop. A central facet of the longterm BoDeans model is set on the loping “Still the Night,” which exploits the contrast between Kurt Neumann’s plain baritone against Sam Llanas’s nasal bleating, putting the co-leaders of the band on relatively equal footing.

Although BoDeans had plenty of material, the songs’ quality vary widely. As surely as the previously cited songs became staples for the locally orientated rock fans of America’s Dairyland, there are plenty of tracks that suggest there was only so much the group was ever going to squeeze out of themselves. “Rickshaw Riding” is a wispy nothing of a song that has the added indignity of a vaguely “Asian” melody line, and “Ultimately Fine” is an aspiring rip-roarer that is downright obnoxious (“When it comes to makin’ boys go crazy/ The girl is ultimately fine”). At times, as on “Say You Will,” the shared disinterest of the band and their producer is so present that it might as well be a credited contributor.

Love & Hope & Sex & Dreams was met with adoring reviews and earned BoDeans enough wide attention that they took the honors for best new band in that year’s Rolling Stone readers pool. The album was widely heralded as one of the best of the year. The band, however, didn’t agree, and they had particular ire for Burnett’s lean production. When it came time to record their sophomore effort, BoDeans fought hard to make sure it barely resembled the album that won them effusive cheers.