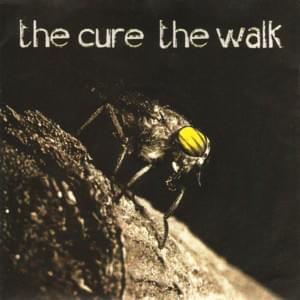 The Cure were on the verge of collapse in 1983, and that’s naturally when they enjoyed their most commercially successful year to that point. Bassist Simon Gallup left the band in late 1982, prompting lead singer Robert Smith to openly speculate that the Cure was over and done. Instead, Fiction label head Chris Parry convinced Smith to keep going. Lol Tolhurst moved from keyboards to drums and the duo version of the Cure started recording songs. The first single to emerge from that era, “Let’s Go to Bed,” became one of the most beloved entries in the Cure’s catalog, but it was on a modest success at the time. Instead, it was the next single, “The Walk,” that brought the Cure their first significant chart success. It peaked just outside the U.K. Top 10.

In the U.S., Sire Records caught in the constant tussle to figure out how to release the Cure’s popular singles in a record store market that significantly favored albums. The solution was to package the three tracks apiece from the U.K. singles “Let’s Go to Bed” and “The Walk” into a sort of mini-album, with the latter song provided the release’s official title. By the end of 1983, all of these tracks would got swept back up again and plopped on the Japanese Whispers compilation, but The Walk offered the first chance for college radio programmers to revel in the quietly riveting “The Upstairs Room” and synth-bop winner “The Dream.”

Sudden flares of commercial promise might cause other bands to fortify their crumbling foundations. Instead, Smith grew grouchy about the expectations that the band would continue jauntily down a pop music pathway, so he veered away from material likely to please the newfound fan base. The band’s next album was the flawed, experimental The Top, which was also a Smith solo outing in every aspect but the name. Major commercial success would come, but Smith was determined to fight the embrace as along as he could. 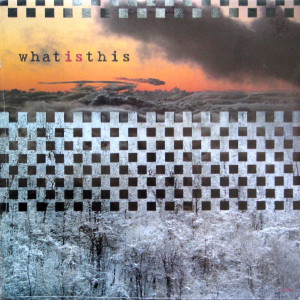 Although the band What Is This technically predated the Red Hot Chili Peppers, they also toiled in the shadow of the future generator of funk-inflected alternative rock hits. Guitarist Hillel Slovak and drummer Jack Irons were one-half of the founding lineup of What Is This, and they were actively working the Los Angeles music scene with the band. One night, more or less on a lark, Slovak and Irons took the stage with old pals Anthony Kiedis and Flea, jamming under the name Tony Flow and the Majestic Masters of Mayhem. When their intended one-off group was an unexpected hit, they changed their name to Red Hot Chili Peppers and started taking on club gigs. What Is This and Red Hot Chili Peppers each inked major labels deals at about the same time.

Unsurprisingly, What Is This sounds like a wan approximation of the Southern California sounds of the time. “Chasing Your Ghost” is like Lukewarm Chili Peppers, and “Stuck” is like Oingo Boingo without the touch of contained mania. Their cover of the Spinners’ “I’ll Be Around” has a mid-eighties soulless sheen, which is probably attributable to the influence of producer Todd Rundgren. What is This arguably does best when any and all pretensions are stripped away, as with the straightforward rock ‘n’ roll of “Dreams of Heaven” and “Breathing.”

What Is This released only one full-length studio album, and Irons soon followed Slovak back to the Red Hot Chili Peppers. That situation didn’t last long either, though for far more tragic reasons. In 1988, Slovak died of a heroin overdose, and Irons, distraught over the loss of his friend, decided he couldn’t play in the band any longer. Though Irons kept making music, including a stint as Pearl Jam’s drummer, he wouldn’t play with the Red Hot Chili Peppers again until the band’s induction into the Rock and Roll Hall of Fame.

If resolute musical oddballs the Tubes were going to have a Top 10 hit, it only makes sense that they’d put a few dents in the mold and succeed with a song inspired by a visit to a red light district peep show. Fee Waybill, frontman for the Tubes, readily acknowledged that the lyrics of “She’s a Beauty” were inspired by his own experience in a San Francisco establishment that made the promise of an encounter with a pretty girl for merely one dollar. Released as a single from Outside/Inside, the sixth studio album from the Tubes, the song became a quick MTV staple and went remarkably high on the Billboard charts. They were a long way from “White Punks on Dope.”

That distance from the band’s raucous beginnings didn’t sit well with everyone on the roster. For the second straight album, the Tubes worked with producer David Foster, who was in between performing the same duties on Chicago 16 and Chicago 17. It was a strange union, leading to the discombobulating sensation of wondering whether the slick, happily dumb hard rock of “Out of the Business” (“I always dreamed of walking out/ Punch that guy right in the mouth/ But I never had the guts/ Now I know I got the stuff”) was delivered with impish mockery or addled sincerity. Foster’s instinct for making audience-friendly hits clearly ran counter to the art rock, deconstructionist instincts of several band members.

As might be expected under the circumstances, Outside/Inside is all over the place. The album has a deadpan cover of the Major Lance Top 10 hit “The Monkey Time” (featuring lead vocals by Martha Davis, lead singer of the Motels, or Michele Gray, who regularly performed with the Tubes as a dance, on different pressings of the album) and the loopy provocation of “Wild Women of Wongo,” which was clearly stocked away in the idea vault raided by Was (Not Was) when they developed their funk storytelling schtick. “Tip of My Tongue” is co-written by Maurice White, of Earth, Wind & Fire, and it sounds like a cutesy version of his band’s wild funk workouts. And then there are tracks “Drums” and “Theme Park,” thin ideas padded out slightly until they were seemingly abandoned as studio boredom mounted.

There was no denying the success of Outside/Inside, but the mounting creative tensions in the band still mandated a shift. For their next album, the band recruited Todd Rundgren to produce, likely figuring he could bridge the distance between slicked-up pop and confrontational weirdness. If intended as a fix, it didn’t work. Except for eventual reunion releases, the next album from the Tubes would be the last.

Driven by the crack songwriting of frontman Ric Ocasek, the Cars made a strong impression from the very beginning, and then discovered firsthand the fickleness of the music press and, to a degree, rock fandom. Only three albums deep into their career, the band already needed to mount an aggressive defense of their artistic choices.

“Well, it’s definitely not a rehash of the first two albums, nor is it just some reply to all those fucks who said the last album was nothing more than detached love affairs and hollow relationships,” guitarist Elliot Easton told Rolling Stone at the time. “The first time Ric played the new songs for us, I thought they sounded plain weird — like inside-out music.”

If the new songs were truly that weird in demo form, a lot of the strangeness was buffed away by the time they appeared on Panorama. The title cut is definitely on the edgier edge of new wave, and both bounding “Getting Through” and shimmery “Running to You” suggest the Cars heading down a couple previously unexplored caverns in the mountain of their sound. But the material on the band’s third album is thoroughly recognizable as an extension of what came before. Making synths more prevalent — or, in the case of “Down Boys,” layering in some flying saucer tones — doesn’t automatically made plain and pointed pop rock all that difficult to parse.

On “Touch and Go,” the Cars do manage to get to the “You Got Lucky” synth line two years ahead of Tom Petty, so good on them.