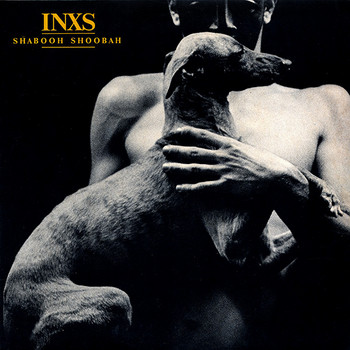 The members of INXS knew they were on the verge of a breakthrough when preparing to record their third album, Shabooh Shoobah. After a couple reasonably successful album releases in their homeland of Australia, the band shopped demos and got signed for worldwide distribution with a few different labels, including Atlantic Records subsidiary Atco for North America. INXS took their handful of new songs, which had been produced by Mark Opitz, and played them for other studio mavens they were interested in working with. Bob Clearmountain, just developing a reputation as an expert mix engineer and producer thanks to work with the likes of the Rolling Stones and the Church, is generally credited as the person who settled the matter of who’d get hired to oversee the record.

“Bob Clearmountain said to us, ‘I love the music, and I would definitely work with you guys, but I don’t have any ideas better than the guy who recorded these for you,'” INXS guitarist Kirk Pengilly later recalled. “‘The best advice I have for you is to go back to Australia and record the whole album with him.'”

INXS followed that advice, setting up shop at Sydney’s Rhinoceros Recordings and bringing focused musicianship to their new set of songs, most of which were captured live in studio. “The One Thing,” which masterfully apes the slicked-up new wave of Duran Duran, perhaps best demonstrates the level of commitment INXS brought to getting themselves a shiny international pop hit. To its credit, Shabooh Shoobah isn’t merely a set of trend-grabbing songs, however. Instead, INXS truly seems to be exploring, trying to find their place and they to try to spread beyond Australia. “Here Comes” deploys a jabbing dance beat, and “Old World New World” is probably best described as attempt to invent Australian soul. There are even airy art pop elements to “Spy of Love.”

Fittingly, it’s the album’s last track that best represents the future of the INXS, like a coupling between train cars. It’s also the sole cut on the album on which songwriting credit is shared by the entire band. “Don’t Change” is soaring, urgent pop rock, a yearning keyboard part undergirding a smash-up clatter of drums and guitars, the clear, smooth vocals of Michael Hutchence delivering the irresistible come-on “Don’t change for you/ Don’t change a thing for me.” The song has the simple directness of classic rock ‘n’ roll with a boldly modernized feel. In its four and a half minutes resides the band that was a couple years away from selling records and concert tickets in astonishing numbers. Stardom lurks in its groove.

“Zen Arcade started like all albums do: a few songs here, a few general ideas there,” Bob Mould wrote in his memoir, See a Little Light. “But at some point we realized that it could be so much more and ambition kicked in.”

With their second full-length release, the Minneapolis trio Hüsker Dü unleashed a double album and a concept record, both largely anathema to the punk ruck culture that raged against the classic rock excess those forms represented. But then, there’s arguably nothing more punk rock than refusing to be pigeonholed, and Hüsker Dü were already being told who they were and what they were capable of on the basis of their blistering early songs. With a heaping dose of snarling rebellion, Zen Arcade aims to absolutely redefine everything.

As Mould and his bandmate Grant Hart wrote their separate songs, a story started to coalesce. Thankfully lacking the lapses into numbing exposition of Tommy and its misbegotten descendants, Zen Arcade is about a young man who escapes the unhappy home of his youth to become a video game designer. The burgeoning sense of freedom is quickly punctured by the realization that he’s susceptible to tragedy and dismay wherever he goes. Reinforcing the sense of futility, the entire journey undertaken by the protagonist is revealed to be a dream, and he’s left with the bitter knowledge that an uncertain future awaits.

In truth, the story is far less essential than the thundering vigor of the songs. The fevered, acoustic “Never Talking to You Again” is obviously aligned with the central character’s angry departure from his trouble household, but its empowered rejection of soul-draining figures has a bracing universality (“I’d put you down where you belong/ But I’m never talking to you again/ I’d show you everywhere you’re wrong/ But I’m never talking to you again”). And the tunefully caustic “Pink Turns to Blue” is more than a plot turning point, is fiercely authoritative in its depiction of losing some to a drug overdose (“No more rope and too much dope, she’s lying on the bed/ Angels pacing, gently placing roses ’round her head”) even if it eludes the listener that the protagonist’s girlfriend is named Pinkie.

Hüsker Dü was already edging in the direction of a more varied rock sound, but Zen Arcade is still predominantly punk fury. “I’ll Never Forget You” is assaultive, “Turn On the News” is a vicious barrage, and “Chartered Trips” is so rough and loose that it’s the hard rock equivalent of speaking in tongues. “Whats Going On” is a whirlpool of angry guitar work, and “Whatever” finds Mould shouting his voice into a sandpaper gargle. To close the album, Hüsker Dü channels all of their blazing creative and muscular playing into the mammoth “Reoccurring Dreams,” a fourteen-minute improvisational instrumental that is as jagged, complex, and dangerous as a collapsed highway.

Zen Arcade strayed far enough from norms of hardcore punk that the leadership of SST Records, Hüsker Dü’s label at the time, was convinced it would be only a modest seller. They left the album on the shelf for almost nine months, and then initially pressed only five thousand copies, a woefully inadequate number once the album received worshipful reviews. The meager allotment of records sold out quickly, and it took SST months to get new copies to stores, squandering the additional interest the band built while touring. in his book, Mould called this “the first crack in the bond between Hüsker Dü and SST.”

After peddling themselves for about two years to all the major and not-so-major labels, the English trio the Dream Academy were finally signed by Warner Bros. Perhaps boosting their profile, the band had a high-profile fan in David Gilmour, the famed guitarist of Pink Floyd. Gilmour even came on board to produce the band’s self-titled debut album.

The Dream Academy is as advertised, delivering lush, swirling pop that relies on ethereal sensation for its impact. The band’s signature song, “Life in a Northern Town,” is emblematic, melding a pining nostalgia (“He said, ‘In winter 1963/ It felt like the world would freeze/ With John F. Kennedy/ And The Beatles'”) with a sense of mystery and gushing, singalong chorus, all of it nestled in a studio arrangement as billowy as a cloud. Released as a single, the cut went Top 10 in the U.S.

The rest of the album is right in line with the famous single, without anything else touching the same ethereal wonderment. “The Edge of Forever” is deeply bland, which didn’t prevent it from migrating to the Ferris Bueller’s Day Off soundtrack, alongside a Dream Academy cover of the Smiths’ “Please, Please, Please, Let Me Get What I Want.” “This World” is like a bland version of the Go-Betweens, and “In Places on the Run” is unbearably sleepy. The band fares better on “The Love Parade,” a song about the withering of romance, and the charming “The Party,” which include an explicit callback to “Life in a Northern Town.”

The Dream Academy never again approached the heights of their most famous song. There were two more studio albums, including another collaboration with Gilmour, before the band broke up, in 1991.