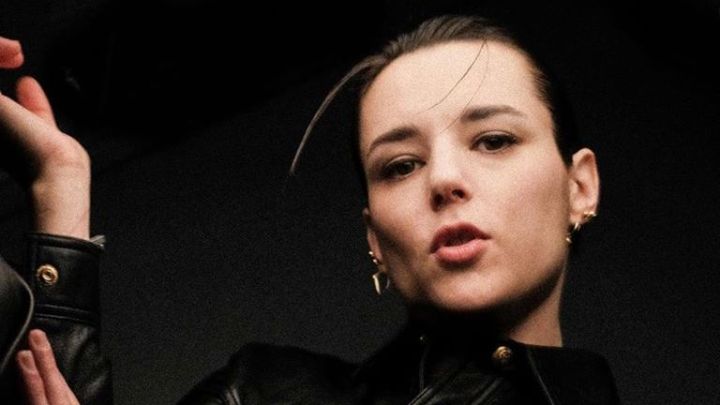 Back in my college radio days, when I moved with a music-nerd crew that devoted our collective brain power to sussing every mystery of the artists we loved when there was no superhighway continually exiting information to us, one of the pastimes was guessing when various band members would spin off into solo endeavors. I remember once sitting in the studio, playing a track off of the then-new ‘Til Tuesday album Everything’s Different Now, and asking one of my cohorts how many more records he thought the band had in them before Aimee Mann decided to do her own thing. He simply held up his hand, fingers curled to resemble a zero.

I felt that same certainty that I was encountering a performer who’d quickly outgrown the band she stood in front of when I saw Savages play live, touring in support of their 2016 album, Adore Life. The personality Jehnny Beth brought to songs on the two Savages albums was formidable enough, but she was ferociously charismatic on stage. She couldn’t been more clearly a star if the International Astronomical Union had given her a name and number. There was little shock when the band announced plans to “take a break.” The only mild surprise is that it’s taken this long for Beth to get to her first official full-length solo outing.

To Love is To Live has some of the thrilling dark churn that typified the Savages’ albums, but it spins down radically different avenues. Beth was reportedly inspired to creative action in part by the passing of David Bowie shortly after the release of his monumental Blackstar, and her album wears some of that great work’s warped-jazz cloaks. The more simple and direct post-punk of Savages is still there, providing a spindly spine, but Beth and her collaborators (including Flood and Atticus Ross) load on jagged art rock. “Flower,” a love song between two women, is maybe the most emblematic track, swirling and surging in its post-Eurythmics pop deconstruction.

The album is imperfect in its explorations, sometimes employing distorted vocals and other studio effects to little impact beyond noticing their presence. More often, its enjoyable to hear Beth veer from the brusque death disco “Innocence” to the punk clamor and clatter of “I’m the Man” to the stark piano ballad “The Rooms,” never giving the barest indication that she’s uncertain traversing any of these sonic planes. At times, Beth signals that she’s developing toward true mastery, as on “French Countryside,” which finally answers the question of what Everything But the Girl would have sounded like had they added some soulfulness to their pristine pop elegance.

Savages might get together to make another album. They may continue on and have a long, extraordinary career together. If not, there will likely be plenty of Jehnny Beth requests, and To Love is To Live suggest that will be more-than-adequate compensation.